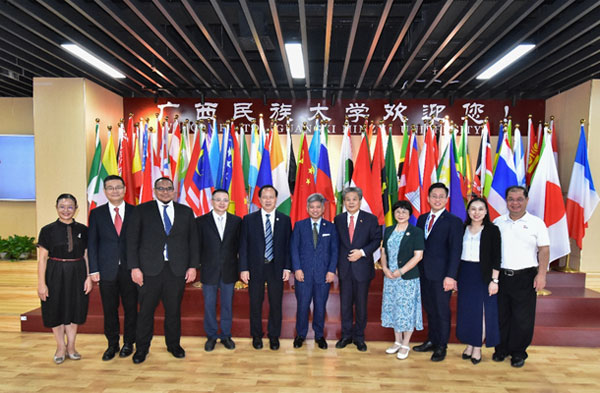 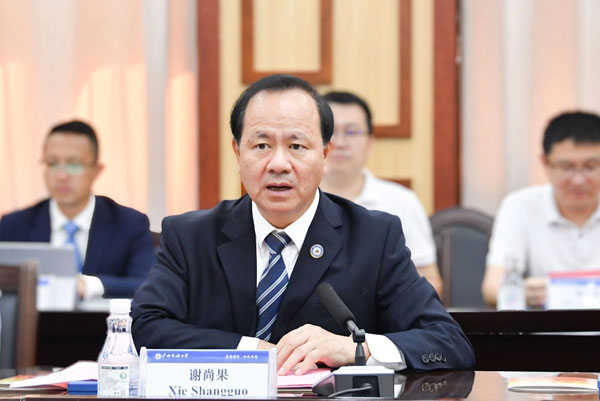 President Xie Shangguo warmly welcomed Ambassador Nushirwan and the delegation. He said that China and Malaysia have a traditional friendship spanning thousands of years and are strategic partners of mutually beneficial cooperation. Guangxi Minzu University is one of the first universities in Guangxi to offer a Malay language program. It has conducted extensive and in-depth cooperation with many Malaysian universities in language and culture, scientific research and talent training. He believed that Ambassador Nushirwan’s lecture will further deepen students’ understanding of China-ASEAN relations, especially China-Malaysia relations, and lay a solid foundation for future exchanges and cooperation between China and Malaysia. 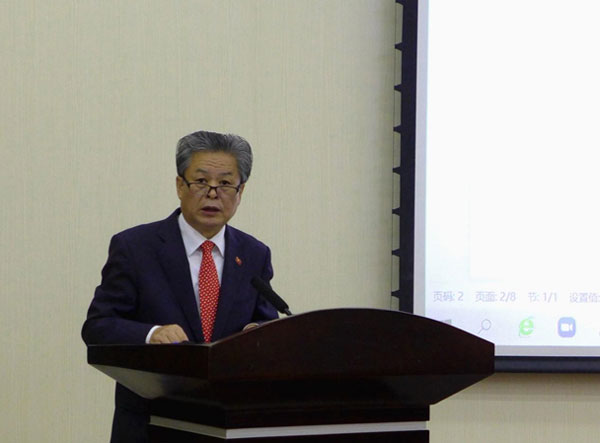 Secretary-General Chen Dehai thanked Ambassador Nushirwan for accepting ACC’s invitation to give a lecture at Guangxi Minzu University as the Ambassador of the country of honour of the CAEXPO. He stressed that the establishment of ASEAN-China comprehensive strategic partnership is a new milestone in the history of the relations between the two sides. The increasingly mature and deepening friendly relations between Malaysia and China will also further promote the all-round development of ASEAN-China friendly cooperation. He expressed hope that all the students at present will become successors to the cause of Malaysia-China friendship and ASEAN-China friendship and inject new vitality into the vigorous development of ASEAN-China relations. 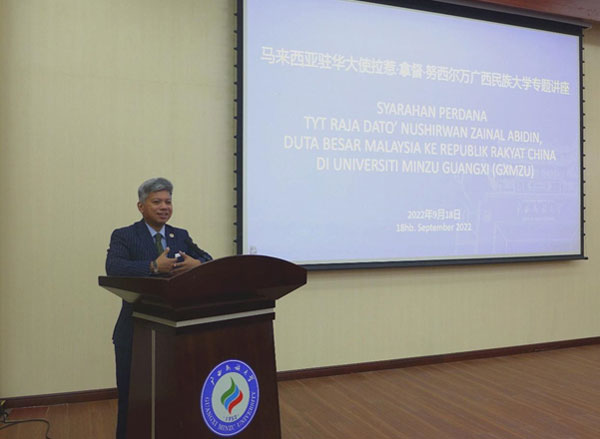 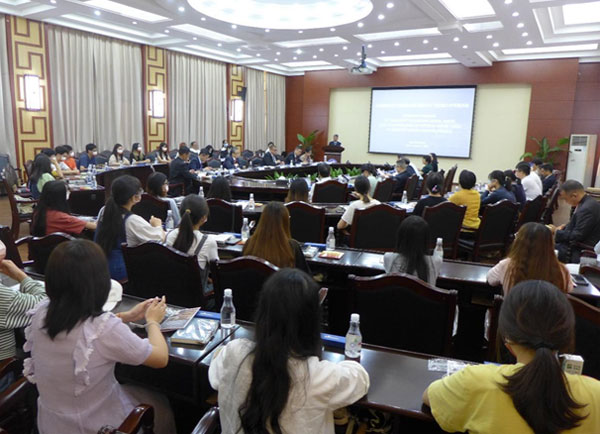 Ambassador Nushirwan delivered a lecture in Malay on Malaysia-China relations, the Malay language and Malaysian culture. He elaborated on the thousands-year history of friendly exchanges between Malaysia and China as well as the exchanges and cooperation in various fields such as economy, trade, investment and education. He pointed out that the close relations between Malaysia and China enjoy a solid foundation. The two sides have further deepened bilateral relations through jointly fighting Covid-19 in recent years, and the rapidly developing ASEAN-China relations have also brought huge benefits to both countries. It is hoped that the existing cooperation mechanisms between Malaysia and China will continue to operate robustly so that the two sides will reach even more consensus in the economic, social, cultural and educational fields. 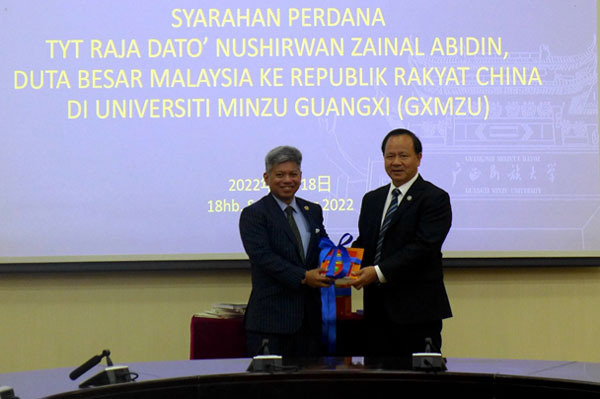 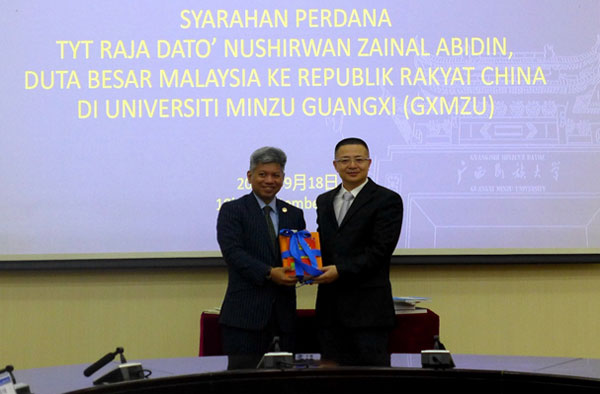 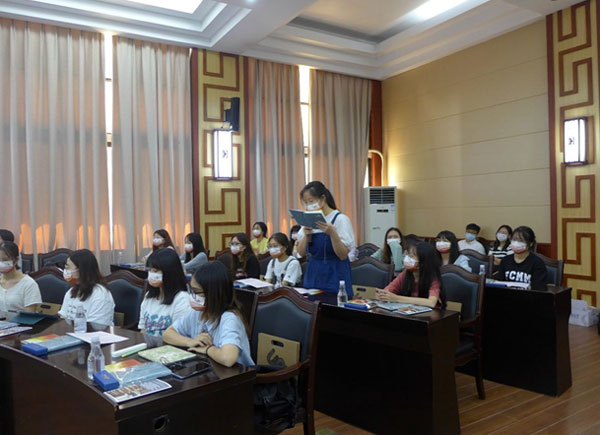 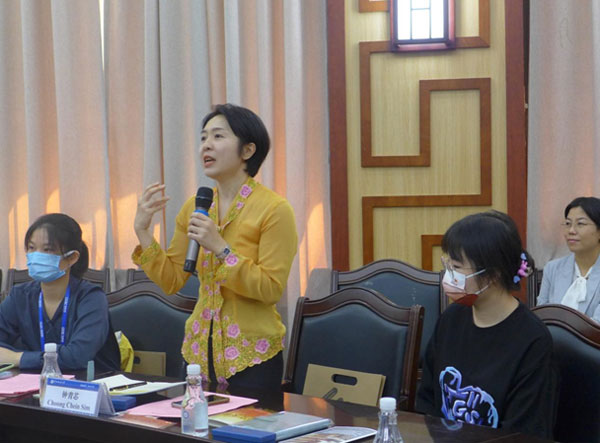 After the lecture, Ambassador Nushirwan presented a batch of books and materials in Malay to Guangxi Minzu University and Guangxi International Business and Vocational College. He noted that with the support and promotion of the Chinese government, Malay language teaching has flourished in China. Promoting the internationalisation of the Malay language is one of Malaysia’s diplomatic priorities. The Malaysian Embassy and Consulates in China will continue to promote the Malay language in China and more actively provide opportunities for Malay language students to learn and exchange. He also answered questions from teachers and students on the future status and role of Malay and the support and assistance the Malaysian side will provide to Chinese students. The atmosphere was warm and friendly. 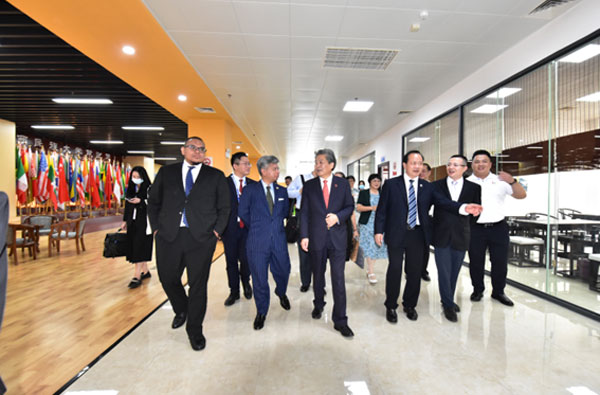 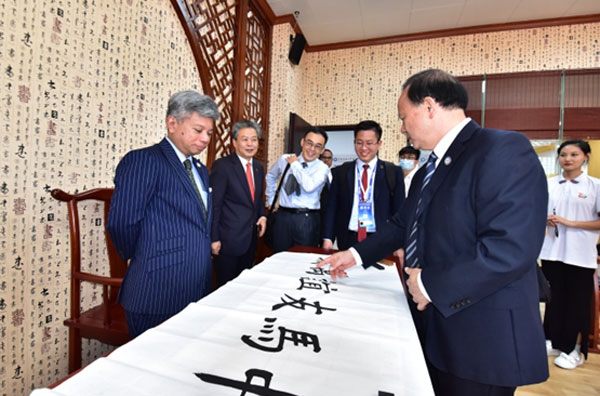 After the event, Ambassador Raja Nushirwan and Secretary-General Chen Dehai, accompanied by President Xie Shangguo, visited the campus of Guangxi Minzu University and watched the students’ calligraphy and tea performance. 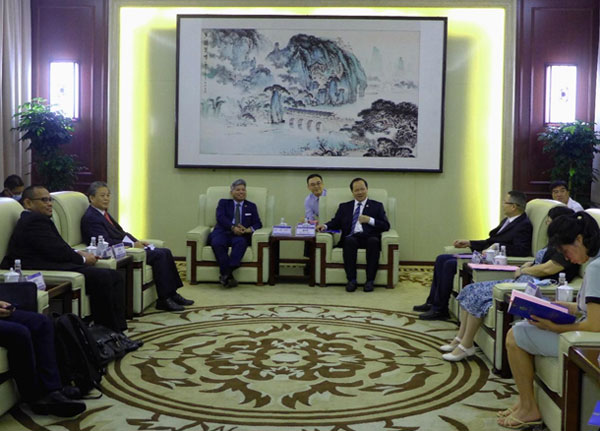 Before the event, President Xie Shangguo met with Ambassador Nushirwan and Secretary-General Chen Dehai, and exchanged views on the cooperation between Guangxi Minzu University and universities in Malaysia and other ASEAN Member States.