On 22-24 September 2022, the ASEAN-China Centre (ACC) led the delegation of culture and tourism officials from the Embassies of ASEAN Member States (AMS) in China to attend the 4th Grand Canal Culture and Tourism Expo, which was held in Suzhou City, Jiangsu Province. Ms. Li Yaying, Deputy Director of the Education, Culture and Tourism Division (ECTD) of ACC, Mr. Chindavong Xaiyasin, Counselor of Education and Culture of the Embassy of the Lao PDR in China, as well as culture and tourism officials from the Embassies of Cambodia, Myanmar, the Philippines and Thailand in China participated in the Expo.

On 22 September 2022, the delegation attended the opening ceremony of the Expo. Mr. Rao Quan, Vice Minister of the Ministry of Culture and Tourism of China, Mr. Zhang Aijun, Member of the Standing Committee and Head of the Publicity Department of CPC Jiangsu Provincial Committee, Mr. Cao Lubao, Member of the Standing Committee of CPC Jiangsu Provincial Committee and Party Secretary of CPC Suzhou Municipal Committee, Mr. Ma Xin, Vice Governor of Jiangsu Province attended the opening ceremony along with representatives from the Embassies and Consulates-General of more than 20 countries in China, Culture and Tourism Departments (Bureaus) of 8 provinces and cities along the Grand Canal, as well as other participating cities. 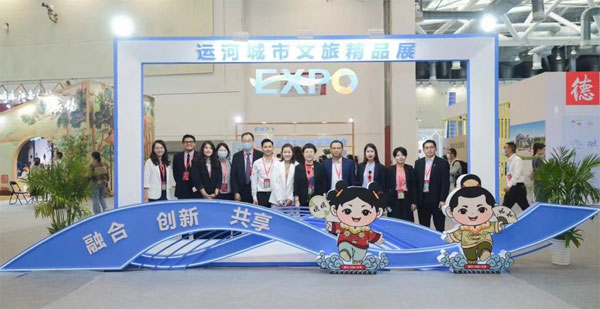 During the Expo, the delegation attended theme performances, exhibitions and other related activities, inspected local culture and tourism resources, and conducted in-depth discussions with related partners including Jiangsu Provincial Department of Culture and Tourism and Suzhou Municipal Bureau of Culture, Radio, Television and Tourism. Relevant authorities and organisations expressed their strong willingness to further strengthen ties and cooperation with ACC and AMS, and actively participate in major people-to-people exchanges projects hosted by ACC.