Secretary-General Shi noted that the year 2022 is the first year for building the ASEAN-China comprehensive strategic partnership, and also the year that the Regional Comprehensive Economic Partnership (RCEP) agreement officially comes into effect. Standing at a new starting point, ASEAN-China relations are bracing new opportunities. He is fully aware of both a glorious mission and a great responsibility as he takes office at this important moment. ACC hopes to keep close contact with Embassies of Cambodia and the Lao PDR, jointly implement the consensus reached by leaders of ASEAN and China, and promote friendly exchanges and practical cooperation. ACC will further contribute to enhancing ASEAN-China comprehensive strategic partnership and establishing a closer community for ASEAN and China.

Ambassador Khamphao Ernthavanh expressed her heartfelt congratulations on Secretary-General Shi Zhongjun’s assumption of office, and stressed that the Embassy of the Lao PDR in China would always fully support ACC’s work. She expressed her gratitude for ACC’s contribution to promoting Laos-China relations and ASEAN-China relations. She looked forward to making concerted efforts with Secretary-General Shi to deepen practical cooperation in various fields. The Embassy and the government of the Lao PDR would participate in more projects and activities held by ACC and jointly promote the development of the ASEAN-China comprehensive strategic partnership. 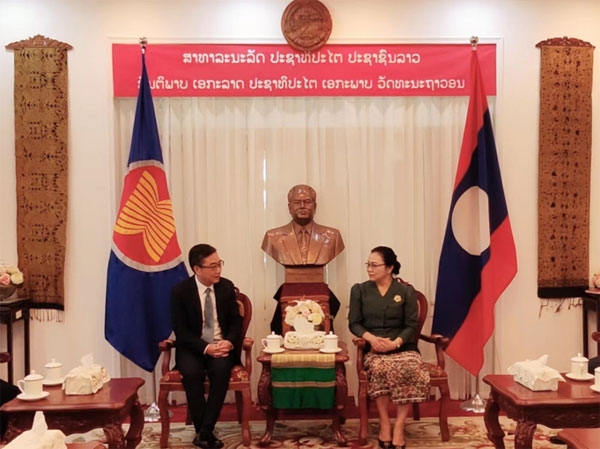 Ambassador Khek M. Caimealy Sysoda offered her warmest congratulations on Secretary-General Shi’s assumption and noted that the Royal Embassy of Cambodia in China would continue to keep frequent exchanges and close cooperation with ACC. She mentioned that she has been following the development of the ACC since its founding, and highly appreciated the practical and efficient work of ACC. Since Cambodia is the rotating chair of ASEAN this year, the Embassy of Cambodia in China and ACC have worked together under the guidance of the Jointly Executive Board of ACC, and achieved substantial progress in various fields. Both herself and the Embassy are ready to offer continuous strong support to ACC’s future development. 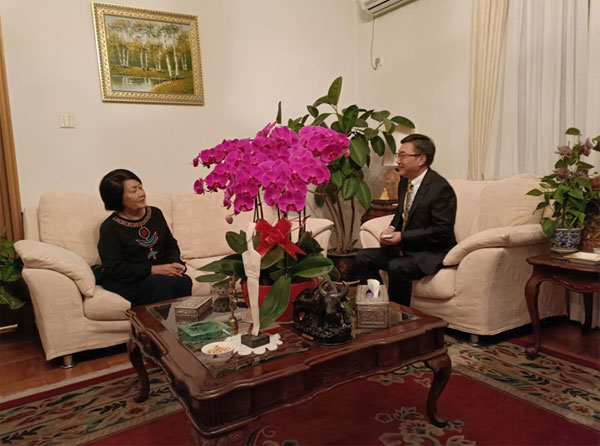 Mr. Chen Dehai expressed his appreciation to Ambassador Khek M. Caimealy Sysoda and the Royal Embassy of Cambodia for the trust and support during his tenure as Secretary-General of ACC. He hoped that the Embassy would actively participate and support activities hosted ACC as always, and support ACC in playing an even more significant role in developing ASEAN-China relations. 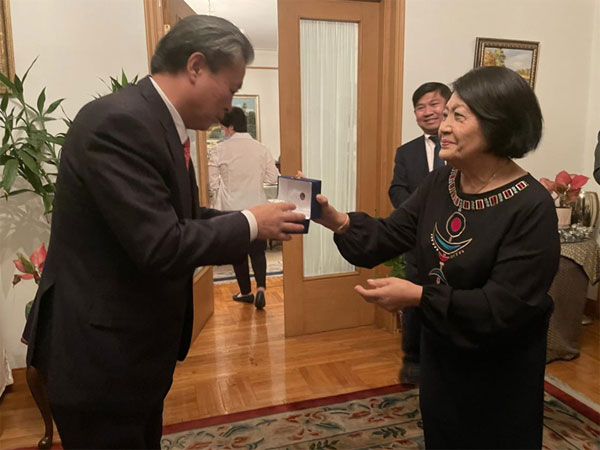