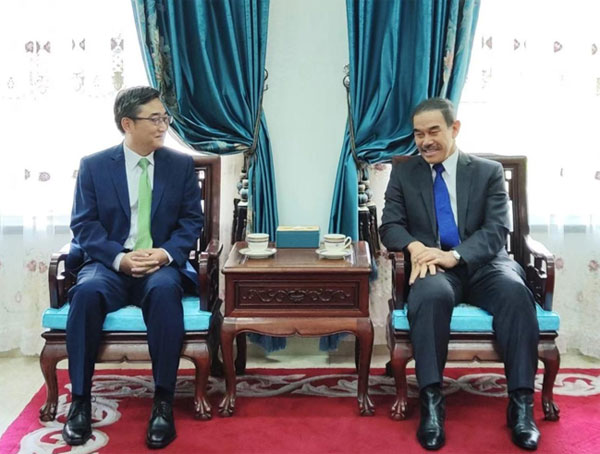 Secretary-General Shi extended appreciation for the care and support rendered by the Embassies of Brunei Darussalam and Indonesia to ACC. He noted that it was a great honor to assume office of the important position. The year 2022 is the first year for building the ASEAN-China comprehensive strategic partnership, and also the year that the Regional Comprehensive Economic Partnership (RCEP) agreement officially came into effect. ACC will actively play its role as a bridge to strengthen communication with the two embassies, host more programmes and activities in various forms, deepen friendly exchanges and practical cooperation between Brunei, Indonesia and China as well as between ASEAN and China, and make consistent efforts to promote the ASEAN-China comprehensive strategic partnership. 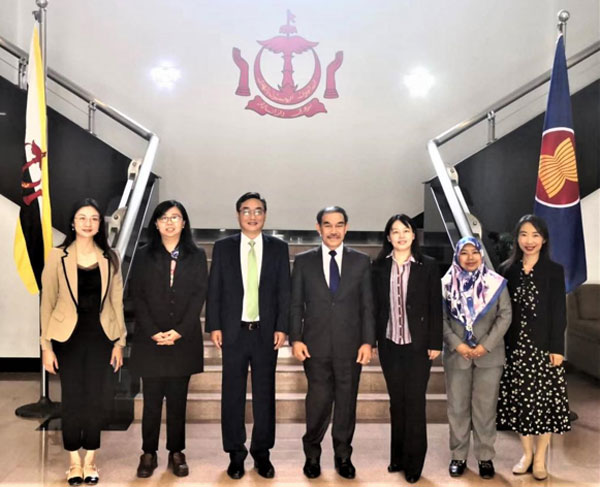 Ambassador Rahmani expressed his heartfelt congratulations on Secretary-General Shi’s assumption of office, and noted that since its founding 11 years ago, ACC has fully demonstrated its importance to Brunei-China relations and ASEAN-China cooperation through its own efforts. Brunei has received strong support and assistance from ACC as it took the rotating chairmanship of ASEAN in 2021. Bearing in mind the long tradition of Brunei-China friendship, both the Embassy and himself will continue to support the work of ACC and its Secretary-General. He expressed confidence in Secretary-General Shi to lead ACC to promote communication and cooperation in various fields between ASEAN and China, tighten the brotherly bond, and unleash new dynamite for the ASEAN-China relations.

Ambassador Oratmangun offered his warmest congratulations on Secretary-General Shi’s assumption of office, and stressed that the Embassy of Indonesia has always attached importance to building closer connections with ACC. Both the Embassy and himself will continue to actively participate in activities held by ACC and give its full support to ACC. He pointed out that the ASEAN-China relations are crucial to regional and even global stability and development. As Indonesia being the rotating chair of ASEAN next year, the Embassy will strengthen communication and cooperation with ACC, and make joint effort to play a bigger role in promoting the ASEAN-China relations. 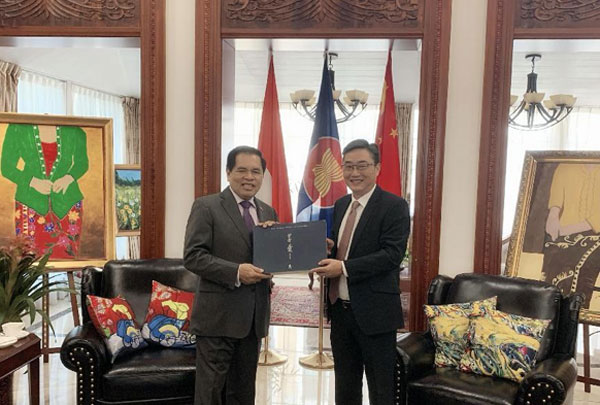