On the morning of 20 September 2022, the Forum on Regional Comprehensive Economic Partnership (RCEP) and the New International Land-Sea Trade Corridor was held both online and offline in Urumqi, Xinjiang Uygur Autonomous Region. 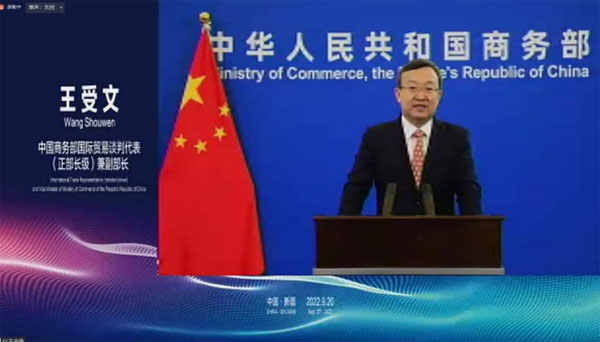 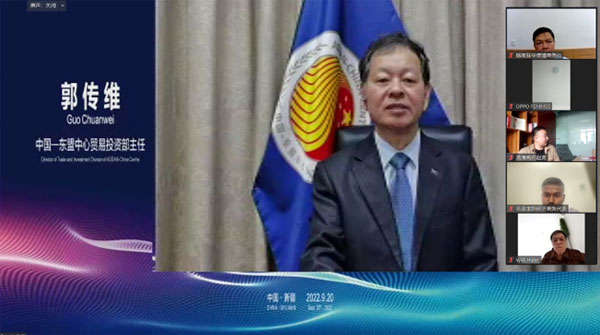 Mr. Guo Chuanwei noted that ASEAN and China have jointly promoted the signing and high-quality implementation of RCEP, collectively built the New International Land-Sea Trade Corridor, effectively connected the markets of the two sides, and promoted the in-depth integration of transportation, logistics, trade and industry. The sound implementation of the RCEP and further construction of the New International Land-Sea Trade Corridor will further amplify the combined advantages and inject new impetus for deeper integration of regional industrial and supply chains as well as regional economic development. ACC will continue to play the role of bridge, actively participating in and supporting economic and trade exchanges and cooperation between ASEAN and China, in order to make unremitting efforts to promote the development of ASEAN-China Comprehensive Strategic Partnership.

At the forum, representatives from Urumqi Customs, Economic and Commercial Office of the Embassy of China in Thailand, Indonesian Chinese Entrepreneur Association, Local Economic and Trade Cooperation Management Committee of the China-Shanghai Cooperation Organization Demonstration Zone, China Chamber of Commerce of Import & Export of Foodstuffs, Native Produce & Animal By-Products, Port and Logistics Office of the Chongqing Municipal Government, Bishkek Overseas Chinese Service Center in Kyrgyzstan, Xinjiang International Land Port (Group) Co., Ltd., etc. shared their insights on geographical and industrial advantages, and expressed their expectations to make full use of the combined advantages of RCEP and the New Land-Sea Corridor in future cooperation.

The Forum is a side event of the 7th China-Eurasia Expo, which was co-hosted by the Ministry of Commerce of China and the Government of Xinjiang Uygur Autonomous Region.