Secretary-General Shi said that ASEAN and China are linked by mountains and waters, and are always good neighbours, good friends and good partners. ASEAN-China relations have stayed ahead in many years. The establishment and development of ACC also reflected earnest expectations of both sides for deeper cooperation and exchanges. In a world full of uncertainties and challenges, the establishment of ASEAN-China comprehensive strategic partnership bears great importance for maintaining international peace and stability, and for promoting regional development and prosperity. Shi said that he was honored to assume office at this special moment, and extended his sincere gratitude to the Vietnamese Embassy and Thai Embassy for their long-term support. ACC shall continue to play the role of a bridge between ASEAN Member States (AMS) and China, and work closely with all AMS Embassies to enhance friendship, promote practical cooperation for the benefit of the people in this region. 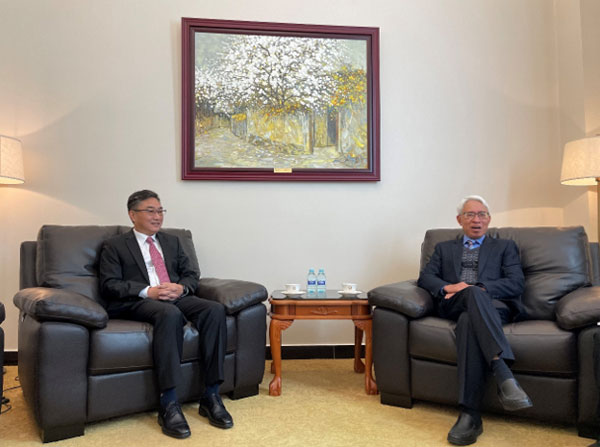 Ambassador Pham Sao Mai warmly congratulated Secretary-General Shi on his assumption of office, and agreed on the significance for ASEAN and China to strengthen solidarity and cooperation. He said that his embassy attached great importance to its cooperation with ACC and believed it was the responsibility and right for both sides of ASEAN and China to give full play to ACC’s role. He and the Embassy shall give full support to ACC and actively participate in various programmes and activities organised by ACC. 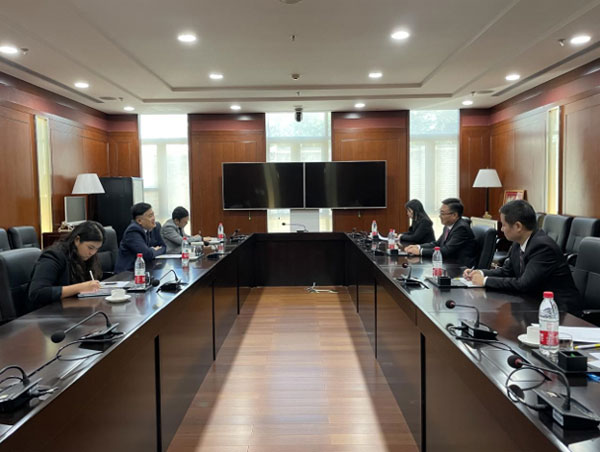 Ambassador Arthayudh Srisamoot warmly welcomed Secretary-General Shi Zhongjun’s assumption of his new post, and stressed that Thailand had always firmly supported ACC’s work. As the board member of the ACC Joint Council, he himself participated in the whole process of ACC’s establishment, and Thailand was also the first AMS to second an official to ACC. Since its establishment 11 years ago, ACC had played an important and positive role in developing ASEAN-China relations. It has organised many influential activities to enhance mutual understanding and friendship among regional people, and to promote exchanges between AMS and local provinces and cities of China. The Royal Thai Embassy looked forward to continuing cooperation with ACC and jointly holding more activities to further boost Thailand-China and ASEAN-China friendship.