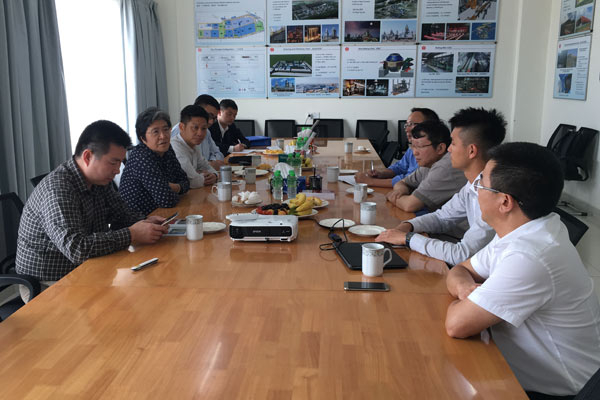 In his briefing, Mr. Hu Jiulin noted that MCKIP, capitalizing on the favorable location of Kuantan Port, is the first national-level industrial park in Malaysia and is well on its way to become a flagship project featuring joint investment between Malaysia and China and a demonstration project of ASEAN-China cooperation. As the first project launched in MCKIP, the Alliance Steel is scheduled to go into partial operation at the end of 2017 with an estimated annual output of 350 million tons and 1.4 billion US dollars investment. Once fully operational, it is expected to hire up to 3,500 employees which will create many job opportunities for the Malaysian people. The Alliance Steel attaches great importance to environmental protection in the construction: it adopts advanced energy-saving and green equipment, the technical data of which have passed the environmental impact assessment by the Malaysian authorities. The Alliance Steel pays close attention to the well-being of its Malaysian and Chinese employees, abides by local laws, regulations and customs and earnestly fulfills its corporate social responsibility, which is widely acclaimed by the Malaysian government and people. The Alliance Steel project will boost the development of the East Coast Economic Region Special Economic Zone of Malaysia and lend a fresh impetus to the development of Malaysia-China and ASEAN-China trade and economic relations.

Secretary-General Yang Xiuping spoke highly of the progress in the development of MCKIP and the Alliance Steel and the active role they have played in promoting Malaysia-China and ASEAN-China practical cooperation. She recognized the significance of jointly building MCKIP and its relevant infrastructure by ASEAN and China which has effectively moved forward local economic and social development and benefited the people of both sides. She expected the Chinese enterprises to complete the construction and put the project into operation on time and in full for win-win outcomes. She encouraged the management to take precautions against incidents and to ensure one hundred percent safety for the corporate and individuals. ACC will continue to serve as a bridge to facilitate the “going global and bringing in” efforts by enterprises on both sides so as to make new contribution to practical cooperation between ASEAN and China in relevant fields.