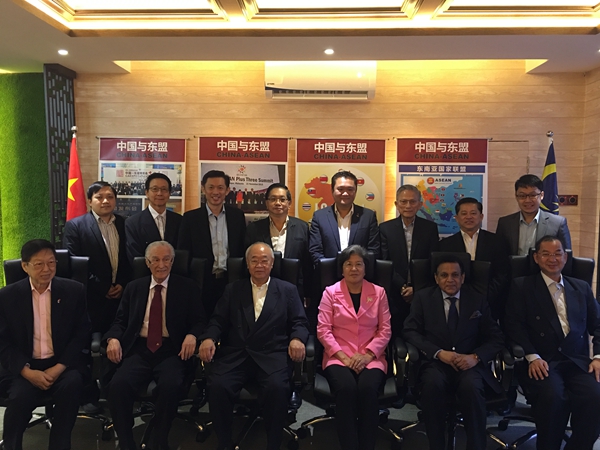 Secretary-General Goh Hin San made an overview of the development of CABA Malaysia, mentioning that CABA Malaysia has made positive achievements since its foundation in July 2015 with a view to moving forward the economic and social development of ASEAN and promoting Malaysia-China and ASEAN-China practical cooperation in relevant fields.

CABA Malaysia’s active engagement in public welfare undertakings, including setting up schools in Quanzhou and Fuzhou cities of China and Penang of Malaysia, and establishing a charity fund to promote education and subsidize students, well acclaimed by people from all walks of life.

Secretary-General Yang elaborated on the role done by ACC, as a one-stop information and activities centre, since its inception five years ago. It has recently completed more than 100 flagship projects and organized or participated in over 500 activities in trade, investment, education, culture, tourism and information. 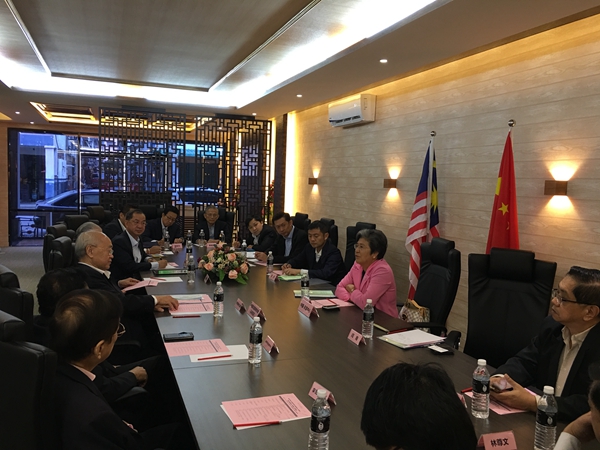 To commemorate the 25th anniversary of ASEAN-China dialogue relations and the Year of Educational Exchange in 2016, ACC has complemented more than 19 flagship projects and organized or participated in over 100 activities. 2017 marks the 50th anniversary of ASEAN and the Year of ASEAN-China Tourism Cooperation, ACC will join efforts with all ASEAN countries to carry out series of varied and colourful activities and make new contributions to strengthening the understanding and friendship between the people of both sides. ACC will enhance communication and exchange with CABA Malaysia with the aim of making new achievements in Malaysia-China and ASEAN-China practical cooperation.

The attendants showed appreciation for ACC’s fruitful efforts to promote ASEAN-China practical cooperation, noting that the rapid development of China offers greater commercial opportunities for ASEAN businesses. They will continue to explore new patterns of cooperation with Chinese counterparts so as to broadren cooperation.