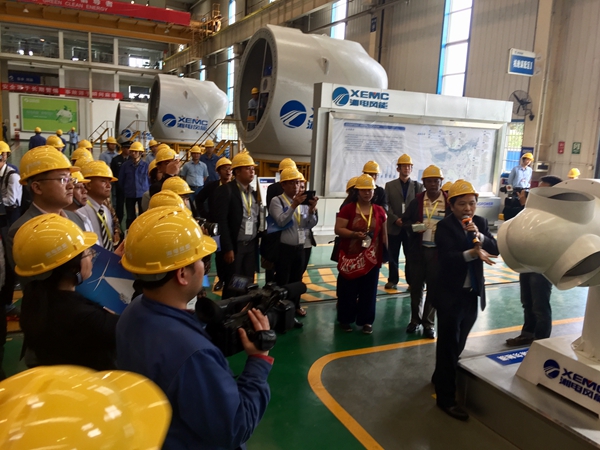 Mr. Yan Yongfei, Deputy General Manager of XEMC, introduced that the group, established in 1963, is well-known as the “Cradle of China’s Electric Industry”, and has developed itself as a large scale enterprise with nationwide recognition and overseas branches. The group’s sub-company, Xiangtan Windpower Company, is a core unit in the group’s structure, and also China’s main manufacturing base of wind-driven generator. The group has built close trade relations with ASEAN countries through which group’s products, to name a few, electric motor and water pump have made positive contributions to the economic development of Cambodia, Indonesia, Malaysia, Viet Nan and other ASEAN countries. 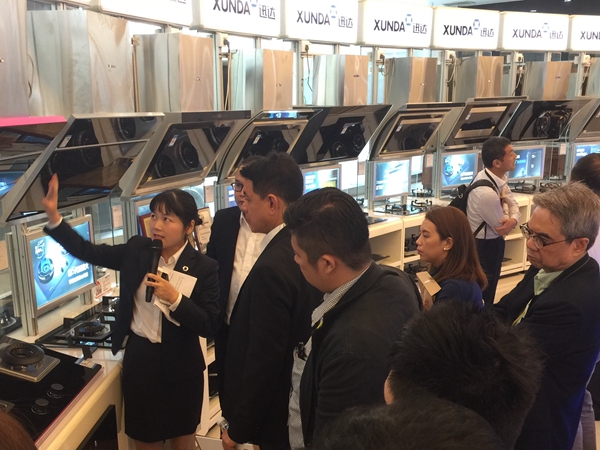 Mr. Li Yang, Director of Administrative Centre of Time-To-Market Technologies, presented that the company is a private enterprise which is established in 1984. The products of the company are gas stove, methane stove, range hood, water heater, microwave oven, etc., all of which are sold to over 100 countries including ASEAN. In order to further open up ASEAN market, the company plans to start up an exclusive store this June in Malaysia. In addition, in March 2017, the Chinese government donated 10,000 clean cook stoves produced by this company to Cambodia as a way to counter climate change.

Mr. Chen Zhongping, General Manager of Overseas Business Department of Tidfore Group, cited that the group is a large enterprise on bulk material transportation, and ranks China’s top 500 private companies. The company has established agencies in Brazil, India, Australia and the Republic of Korea. The group attaches great importance to ASEAN market, and has business dealings with Indonesia, Malaysia, the Philippines, Viet Nam and other ASEAN countries in such cooperation projects as port contract, port delivery system, coal-transferring system of thermal power plant. Several products in the stage of research and development including water desalination system, assembly compound residential housing, and environmental protection project also have promising future in ASEAN countries.

All three enterprises shared optimistic views that under the Belt and Road framework, the delegation’s visit could further strengthen the exchanges and build new bridges for common development of both sides’ enterprises.

The delegation also visited the enterprises’ factories where they observed intelligent manufacturing and product demonstration, and exchanged views on such issues as enterprises’ challenges in operation and development, the application of robots in production, products’ popularities in ASEAN countries. 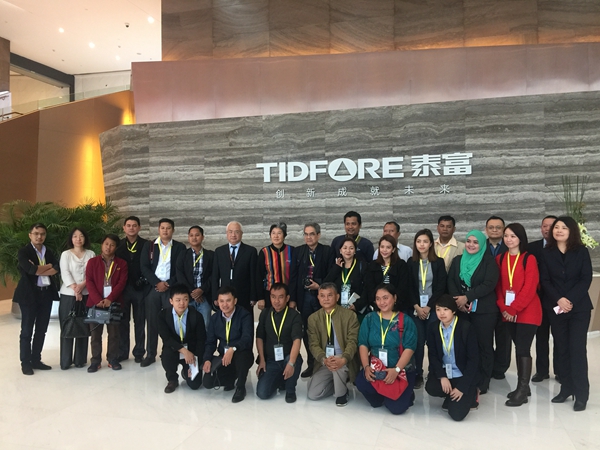