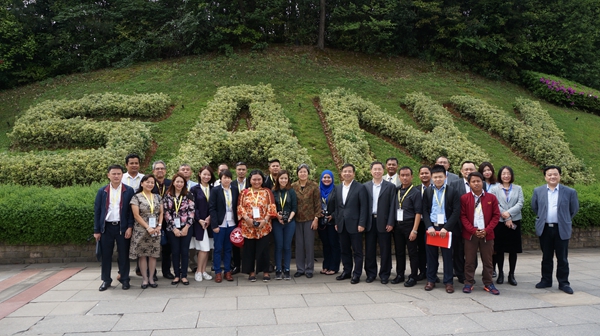 Mr. Zhou Wanchun, Vice President and Executive Director of International Business of Sany Group, briefed that Sany Group, established in 1989, has become one of the global top 500 companies, the largest concrete machinery manufacturer and the fifth largest engineering machinery manufacturer in the world as well as the largest in China. In recent years, seizing the opportunities of China’s rapid economic development and ASEAN-China’s upgraded relations, the group has expedited its “Going Global” efforts. The whole of ASEAN countries is one of the group’s fastest growing markets, in which, equipments of the group were applied by about 50 major infrastructure projects of Indonesia, Thailand, Viet Nam, Myanmar and other ASEAN countries. Against the backdrop of further implementing the Belt and Road Initiative, the group is choosing Singapore as a centre for settlement and finance, building up sales teams widely, strengthening after-sales services, and shouldering social responsibilities in ASEAN countries, all of which have gained prominent achievements. 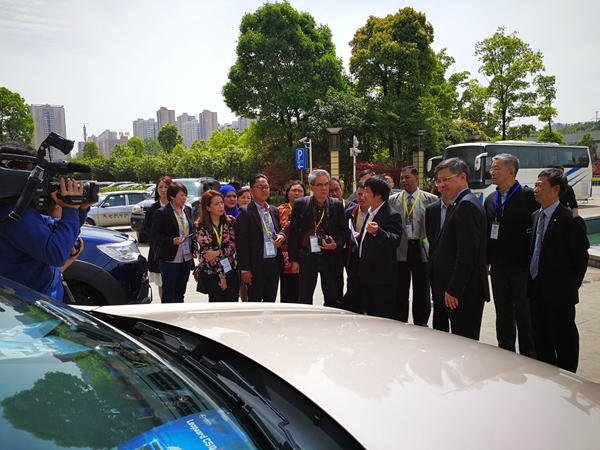 Mr. He Qinghua, President of Sunward Intelligent Equipment Group, introduced that the businesses of Sunward Intelligent Equipment Group include manufacturing of engineering equipment, special equipment and general aviation equipment. Keeping to the path of result-oriented approach, innovation and integration of industry, academia and research, the group has inserted itself to being among the global top 50 engineering machinery manufacturers, and the world top 20 excavator manufacturers. The group attaches great importance to ASEAN markets and exports products to nine ASEAN countries of Cambodia, Indonesia, Lao PDR, Malaysia, the Philippines, Singapore, Thailand and Viet Nam, among which, the group established branch companies in Indonesia and Viet Nam. For the group, ASEAN countries have been a region with the fastest expansion of international businesses and continuous increase of sales volume.

Mr. Liu Kanglin, General Manager of Changfeng Group presented that Changfeng Group is a state-owned enterprise established in 1950 with 32 years’ research and manufacturing experience of cars. In 2013, the group founded Leopard Vehicle Co. Ltd., the new product of which combines all merits of several global top automobiles. In 2016, Leopard Vehicle made great achievements with gross income of 8.6 billion RMB and net income of 600 million RMB. 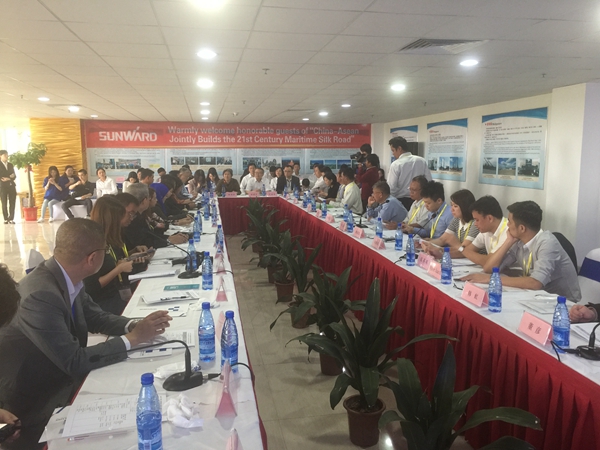 All three enterprises shared optimistic views that there will be vast cooperation potential between China and ASEAN because of economic complementary. The enterprises in Hunan would seize the opportunity of jointly building “21st Century Maritime Silk Road” and further open up the ASEAN countries’ markets on the platform provided by ACC so as to enhance bilateral collaborations and achieve common development for making new contributions to the socio-economic development of China and ASEAN, and the realization of the Belt and Road Initiative.