The 9th Informal Meeting Among the Secretaries General of ASEAN-China Centre, ASEAN-Japan Centre and ASEAN-Korea Centre Held in Jeju 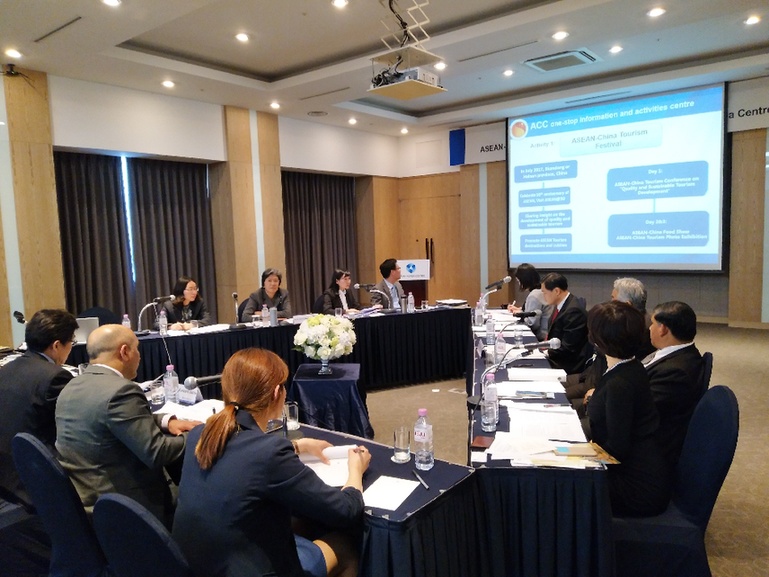 Secretary General Kim Young-sun made a positive evaluation on the achievements of cooperation between the three centres. He said that the Informal Meeting between the Secretaries General is of great importance to strengthening exchanges of experience. As the year of 2017 marks the 50th anniversary of ASEAN, 20th Anniversary of ASEAN Plus Three Cooperation (10+3) and Korea-ASEAN Cultural Exchange Year, he hopes the three centres could continue to maintain sound exchanges and cooperation, and jointly carry out more activities. AKC would like to enhance communication with ACC and AJC in a joint effort to further promote practical cooperation in the region.

Secretary-General Yang Xiuping said that the Informal Meeting among Secretaries General has become an effective platform for the three centres to share experience and learn from each other. Although the mandates of the three centres are not completely the same, the centres are committed to promoting practical cooperation with ASEAN and actively supporting the development of ASEAN. The year of 2017 marks the 50th anniversary of ASEAN and ASEAN-China Year of Tourism Cooperation. Taking this as an opportunity, ACC is actively implementing its flagship programmes. ACC expects to strengthen exchanges and cooperation with AJC and AKC, to make more positive achievements through joint efforts, and to support regional sustainable development. 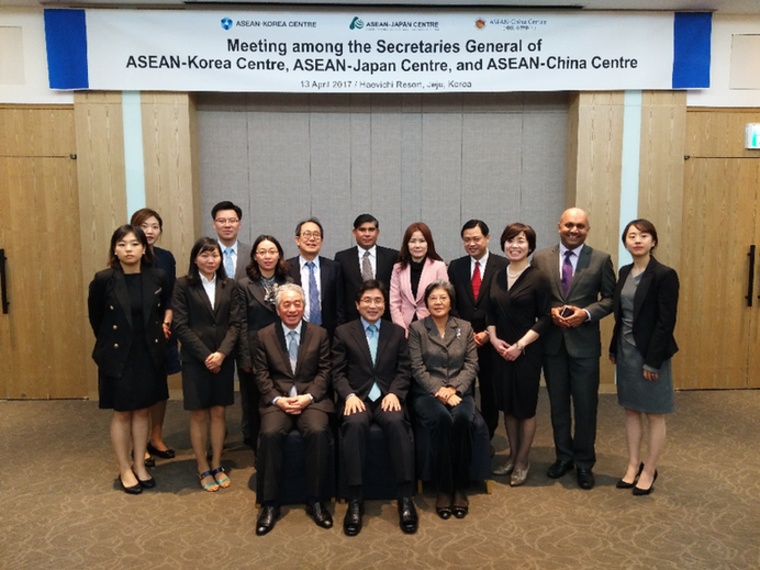 Secretary General Masataka Fujita said that the exchanges between the three centres have been productive in promoting mutual learning. The year of 2017 is a memorable year for 10+3 cooperation. ASEAN is now committed to promoting the early completion of Regional Comprehensive Economic Partnership (RCEP) negotiation. AJC is adjusting itself to the new circumstances, and hopes to keep the momentum of exchanges with ACC and AKC, and actively explores ways for future cooperation.

The three centres briefed on the implementation of 2017 programmes respectively, and confirmed 6 cooperative projects in the fields of youth exchanges, culture and tourism. The three centres also discussed on further strengthening the cooperation with the ASEAN Secretariat and other relevant international organizations, and they agreed that ACC would chair the meetings in 2018.