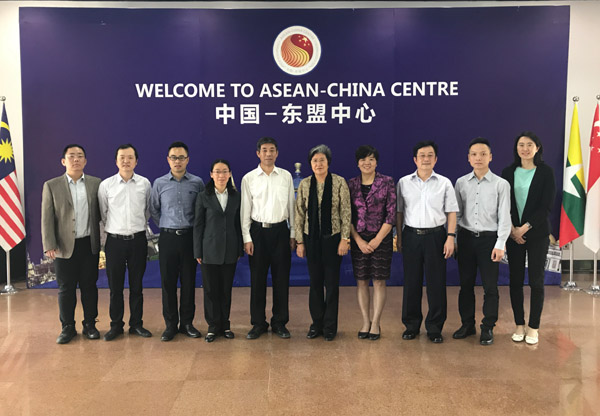 Professor Cheng Daopin thanked ACC for its great support to GLTU. He introduced GLTU’s recent work in tourism talents training for ASEAN countries. He said the university is committed to expanding exchanges and cooperation with ASEAN countries and he looks forward to continued support from ACC in this regard.

SG Yang highly appraised the fruitful work and achievements GLTU had achieved in the field of tourism education and exchanges between China and ASEAN. She said GLTU has actively participated in activities organized by ACC and the two sides has established close working relations. This year is designated as ASEAN-China Year of Tourism Cooperation, she hopes that GLTU could hold this opportunity, give full play to its own advantages and make joint efforts with ACC so as to offer further contribution to ASEAN-China cultural and people-to-people exchanges.