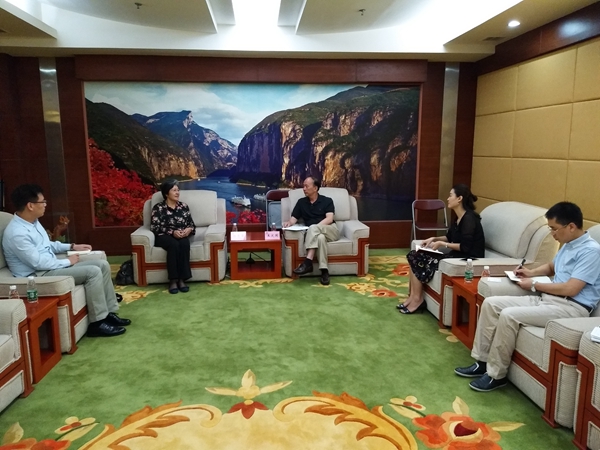 Deputy Director-General Wang briefed Chongqing’s tourism market and exchanges with ASEAN countries. He cited that Chongqing is an outstanding tourist city, a well-known historical and cultural city, world hot spring city, a city with most diverse tourism resources in China and a city with several world cultural and natural heritages. Chongqing is connected to the world by over 60 international and regional air routes, and issued 72-hour transit into the city without visa policy for tourists from around 50 countries and regions. Chongqing holds Western China Tourism Industry Expo every two years, and co-founded Western China Common Market for Tourism with other 11 provinces and autonomous regions. Thailand, Viet Nam, Singapore and other ASEAN countries are important tourism destinations and sources of Chongqing. In 2016, the number of Chongqing citizens visiting ASEAN countries exceeded one million, accounting for over half of the total number of Chongqing citizens’ foreign visits. Thailand and Singapore ranked among top 5 tourist sources of Chongqing. He aimed to enhance publicity of Chongqing’s tourism resources, offer higher quality tourism products and continuously raise tourism cooperation level on the platform of ACC.

Secretary-General Yang outlined the recent works of ACC, particularly in the achievements of pushing forward ASEAN-China tourism cooperation. She emphasized that tourism cooperation is a bright spot of ASEAN-China relations. Both sides are important tourism sources and destinations for each other. In 2016, the number of mutual visits exceeded 30 million. 2017 marks the 50th anniversary of ASEAN, the ASEAN-China Year of Tourism Cooperation and the International Year of Sustainable Tourism for Development designated by the United Nations. ACC would continue to make full use of its strength to actively publicize both sides’ outstanding tourism resources, push forward exchanges and cooperation between both sides’ tourism agencies, support China’s provinces and cities including Chongqing in exploring ASEAN markets so as to make greater contributions to personnel exchanges and mutual understanding of both sides.