The third delegation of Mekong countries’ officials, upon the invitation of ASEAN-China Centre (ACC), continued their visit in Wuhan, Hubei province from 30 June to 2 July.

The delegation visited Changjiang Water Resources Commission (CWRC) and Changjiang Institute of Survey, Planning, Design and Research. Mr. Luo Xiangsheng, Deputy Director General of International Cooperation and Technology Bureau of CWRC, gave an introduction on the main work, projects and international cooperation about CWRC. He said that the water resources cooperation has been listed as one of five priority areas of LMC on the 1st Lancang-Mekong Leaders’ Meeting. To carry out the consensus of the meeting, Lancang-Mekong Water Resources Cooperation Center has already been set up under CWRC, which will become a new platform of water resources cooperation for the six countries with a broad future. Mr. Zhong Yong, Director of Lancang-Mekong Water Resources Cooperation Center gave the delegation a further introduction on water resources cooperation between China and Mekong countries. He mentioned that the Center would continue to share Chinese successful experience on water resources management with Mekong countries, and focus on pushing forward cooperation with Mekong countries in the areas of irrigation technology exchanges, capacity building, information exchanges and joint research. The delegates listened to the introduction and exchanged views with CWRC on topics about water resources exploitation, future cooperation plan and irrigation personnel training. The delegation paid a visit to Foreign Affairs Office of Hubei Provincial People’s Government. Mr. Feng Xiguo, Deputy Director-General of Foreign Affairs Office elaborated the economic and social development of Hubei province and its superiority in the fields of zone bit, science, technology and industries. He said that Hubei province actively participates in the Belt and Road Initiative, and is committed to exchanges and cooperation with all the ASEAN countries including Mekong countries. He hoped that through this visit to Hubei province, both sides could further strengthen mutual understanding and friendship, to better promote the cooperation between Hubei province and Mekong countries in local governmental exchanges, economic and trade investment, education and culture. The delegates had learnt with impression the economic and social achievements in Hubei province as well as Wuhan municipality. They expressed the wishes to enhance connection and to make efforts on furthering the cooperation in industrial park construction, vocational training, culture and tourism. 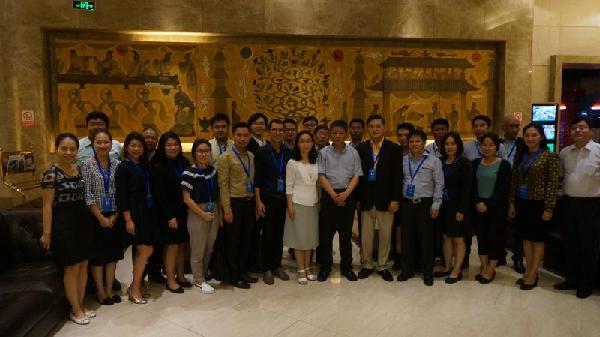 The delegation also visited Sunshine Kaidi New Energy Group and Wuhan Optics Valley Beidou Holding Group Co. Mr. Gao Xiangping, Director of Sunshine Kaidi Electricity Company briefed on the Group’s general introduction. He highlighted that as a high-tech new energy enterprise, Kaidi is a national model of innovation company. Its main business includes energy, electricity and infrastructure construction, and the core business includes environmental protection, energy saving and green energy innovation. The company maintains good international cooperation with ASEAN countries with many cooperative projects carried on in Viet Nam, Thailand and Indonesia. Mr. Liu Junyi, President of Wuhan Optics Valley Beidou Holding Group Co. held talks with the delegation and introduced the company to the delegation. He briefed on its international cooperation with Thailand, Cambodia and Malaysia. The company established Sirindhorn Geo-Spatial Information Science International Research Center and cooperated on several projects such as Sino-Thailand Geo-Spatial Industry, ASEAN Beidou GPS Navigation System and China-ASEAN Beidou City. The company hoped to further strengthen the cooperation with Mekong countries. The delegation learnt about the operation of Visualized Safety Monitoring Data Platform, Beidou Intelligent Transportation System and Agriculture Monitoring Management System. They inquired the detailed information about the Company’s cooperation with their country, showing keen interests on it. After that, the delegation visited Hubei Provincial Museum and Yellow Crane Tower which left them a beautiful impression about historical and cultural inside of Wuhan city. 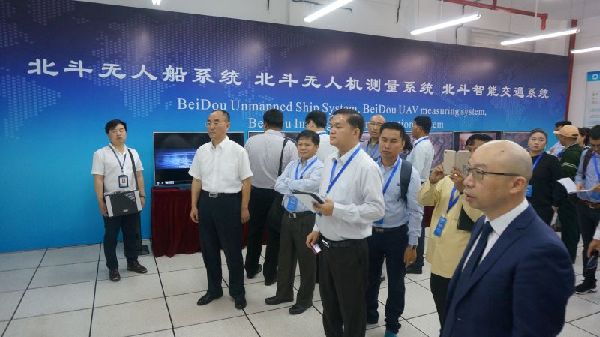 The delegation completed the visit in China on 2 July. They appreciated ACC for its devoted organization for this visit. They commented that they learnt useful experiences of China’s development and the new progress about LMC through this meaningful visit with rich content and substantial schedule. They wished they could make further efforts to promote the friendly cooperation between their country and China and to further enhance the LMC level in future.