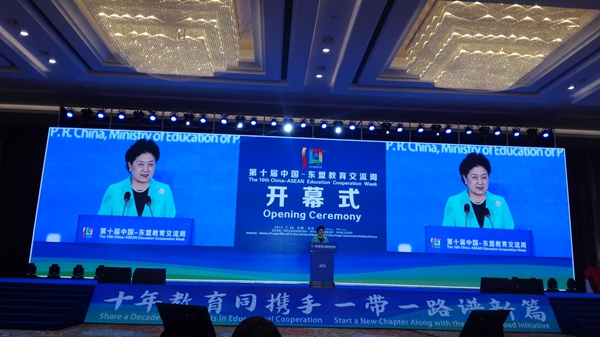 Vice Premier Liu Yandong stated in her remarks that this year marks the 50th anniversary of ASEAN. China always regards ASEAN as a priority in its neighbourhood diplomacy. China-ASEAN relations have come a long way and become one of the most substantive and dynamic relations among ASEAN’s relations with its dialogue partners. The relations have been moving from a period of growth to a period of maturity, which has gone beyond the bilateral scope and acquired regional and global significance. Over the past ten years since its inception, CAECW has become a high level platform for education cooperation and people-to-people exchanges, and a solid bridge for mutual learning and win-win cooperation between the two sides. She made four suggestions in terms of ASEAN-China education cooperation: First, enhance institutional building and consolidate the platforms for ASEAN-China education exchanges. Efforts should be made to fully harness the leading role of CAECW while continue to expand the cooperation platforms on the basis of the existing mechanisms such as ACC and Southeast Asian Ministers of Education Organization (SEAMEO); Second, focus on connectivity to expand bilateral channels for education cooperation. Efforts should be made to promote five types of connectivity, namely the connectivity of education policies, education cooperation channels, languages, recognitions of degrees and people-to-people exchanges; Third, strengthen the cultivation of young professionals for the building of the Belt and Road; Fourth, serve the coordination of both sides’ strategies and facilitate the cooperation among universities and think tanks. She announced that China will provide no less than 20,000 Chinese governmental scholarships to ten ASEAN countries to support outstanding ASEAN students to study in China. 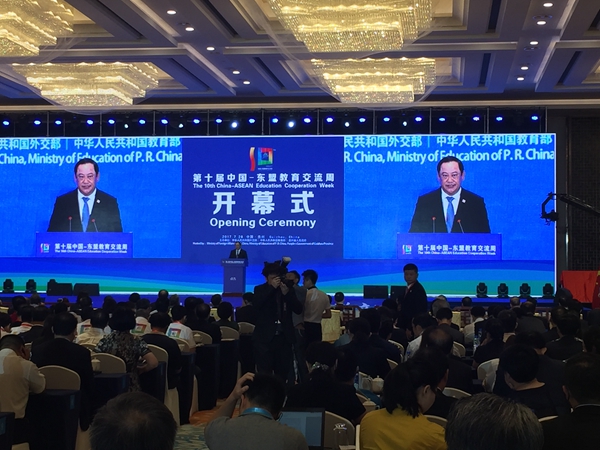 Vice Prime Minister Sonexay Siphandone, Assistant Secretary Josephine G. Maribojoc, Party Secretary and Governor Sun Zhigang respectively stated in their speeches that ASEAN countries and China both attach great importance to education development. CAECW plays an important role in deepening both sides’ educational exchanges and cooperation, and has achieved fruitful outcomes. Both sides are working on the Action Plan of China-ASEAN Education Cooperation 2017-2020 to design future cooperation across the board. Both sides should seize the opportunity of the 10th anniversary of CAECW and promote cooperation in areas of higher education, vocational training, start-up and innovation, student exchanges, mutual recognition of degree and so on, so as to make even bigger contributions to ASEAN-China people-to-people exchanges, joint building of the Belt and Road and achieve win-win results and common development.

Mr. Phromsurin Wasin, the Thai student studying in China, shared his experience studying Chinese and his life in China. He thanked Chinese government for offering him the valuable studying opportunity, and he promised to keep studying hard to become the envoy for promoting ASEAN-China and Thailand-China friendly cooperation, and join hands with all ASEAN students studying in China to serve as a bridge and bond for friendship between ASEAN and China, and inject new impetus in ASEAN-China youth exchanges as well as in-depth and enduring development of ASEAN-China relations. 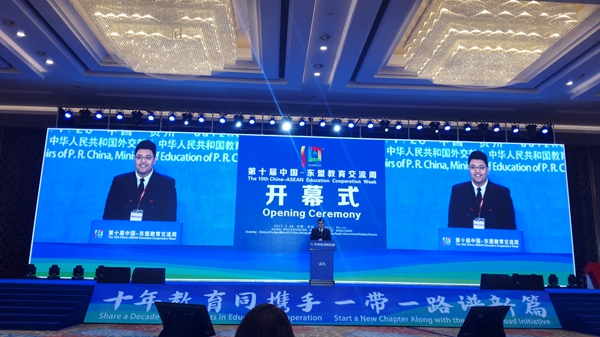