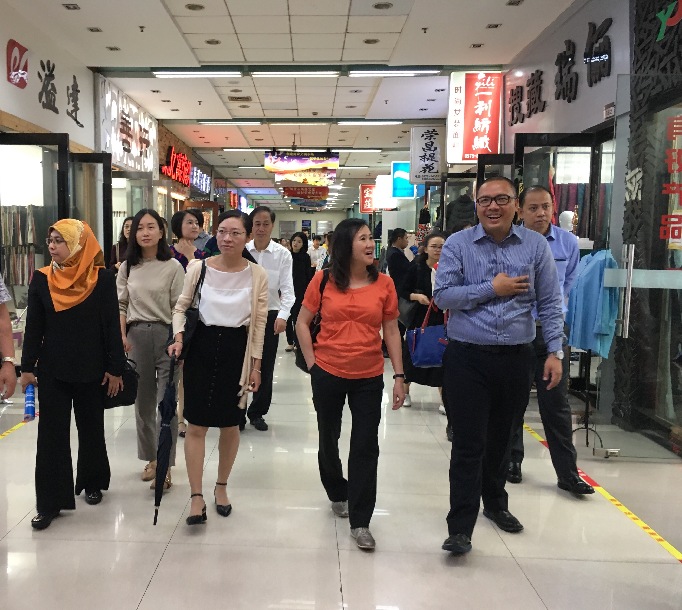 Mr. Shen Zhijiang, Party Secretary of District Committee of Keqiao welcomed the visiting of the delegation and briefed the delegation on the development of Keqiao district. He stated that Keqiao is a water town with a long history in southern China as well as a well-known economic powerhouse with comprehensive strength ranking 15th place among top 100 economic powerful counties of China. The China Textile City located in this district is the largest professional textile market in Asia exporting products to 187 countries and regions with an annual value of export of USD 9.6 billion in 2016. Keqiao is an international city that is open and inclusive. There are over 6,000 overseas resident customers and merchants, of which a large number are ASEAN enterprises and businessmen. He hoped that the delegation could serve as a bridge and bond to promote the exchanges and cooperation between Keqiao and ASEAN countries in economy and trade, science and technology, culture, education and personnel exchanges, and welcomed the ASEAN entrepreneurs to invest in Keqiao. 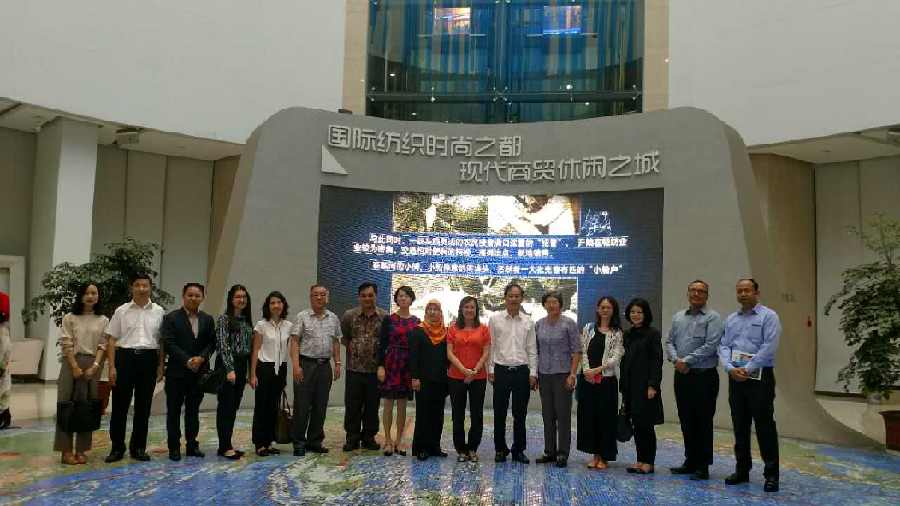 Accompanied by Ms. Jin Haiyan, Deputy Director-General of the Foreign and Overseas Chinese Affairs Office of Shaoxing Municipal People’s Government, and Mr. Zhu Jianming, Executive Vice- District Mayor of the People’s Government of Keqiao District, the delegation visited Exhibition Centre of the China Textile City and deeply learned about the positive results achieved by the Textile City, based on the psychical markets and focusing on “Textile+”. The city is striving to develop creative fashion industry, e-commerce, logistics, exhibition economy, modern finances, culture and sports to forge an international, fashionable, intelligent, comprehensive textile city. The delegation toured the China Textile City market in high spirit and interacted with the business operators.

H.E. Ms. Magdalene Teo, Ambassador of Brunei to China, stated that this was her first visit to Keqiao China Textile City and was very rewarding. She was deeply impressed by a dazzling array of textile materials. She wished the Textile City could make full use of its advantages to further enhance the cooperation with ASEAN and welcomed businessmen in Shaoxing to explore business opportunities in ASEAN countries. Secretary-General Yang Xiuping said that it is heartening to learn that the China Textile City would hold 2017 Myanmar International Textile Expo & China Textile City Textile Exhibition in early December and wished this event a great success. She also expressed ACC’s readiness to strengthen connections with Keqiao district of Shaoxing city so as to help to promote ASEAN-China cooperation in relevant fields.

On the same day, the delegation successfully concluded their visit in Zhejiang. They thanked all the hosts of this trip including ACC for the thoughtful arrangements and noted that this visit was rich in content, deepened their understanding of Zhejiang, strengthened mutual friendship and demonstrated the potential for the future cooperation. They wished to make greater contributions to the local practical cooperation between ASEAN and China.