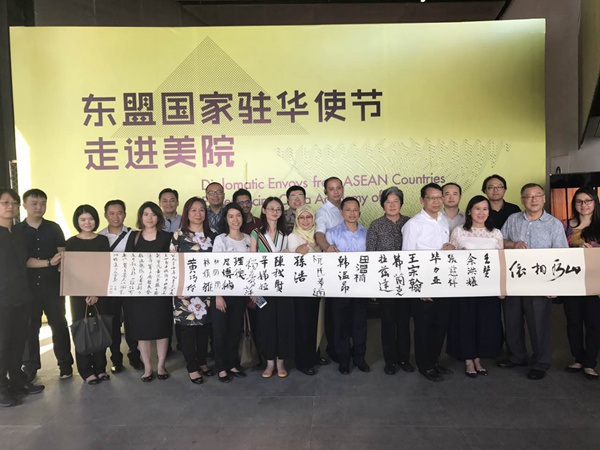 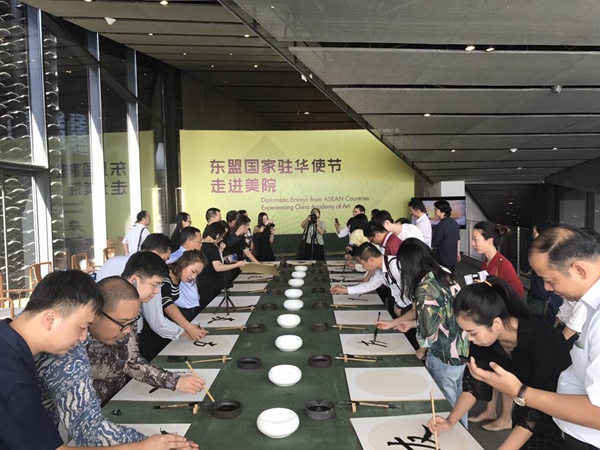 The delegation listened to the briefing on Xiangshan campus made by Mr. Wang Zan, Vice President of China Academy of Art, watched the exhibition of garden art and shadow play in the folk art museum and experienced Chinese calligraphy. With the guidance and help of the teachers and students of the academy, the delegation made their own works of calligraphy and signed their names at the long calligraphy scroll together in a warm atmosphere. The delegation spoke highly of the beautiful environments and strong artistic atmosphere of China Academy of Arts and wished to further the learning and understanding of Chinese culture.