From 21 to 22 September 2017, the 2nd ASEAN-China Youth Forum on Youth Volunteer and Community Development, hosted by ASEAN-China Centre (ACC), and organized by the Education Department of Henan Province (EDHP) and Zhengzhou University (ZZU), was successfully held in Zhengzhou, Henan province.

The Forum was attended by almost 150 participants including officials from the Ministry of Education (MoE) of China, representatives from the Embassies of Cambodia, Lao PDR, Malaysia and Viet Nam in Beijing, scholars, as well as university lecturers and students from China and ASEAN countries in Henan province. H.E. Mme. Yang Xiuping, Secretary-General of ACC, Ms. Liu Jin, Head of Office of Hong Kong, Macao and Taiwan Affairs of MoE of China, Ms. Mao Jie, Deputy Director-General of the EDHP, Mr. Abdul Aziz How Abdullah, Education Attaché of Malaysian Embassy, and Mr. Liu Jiongtian, President of ZZU, participated in the opening ceremony and delivered remarks. 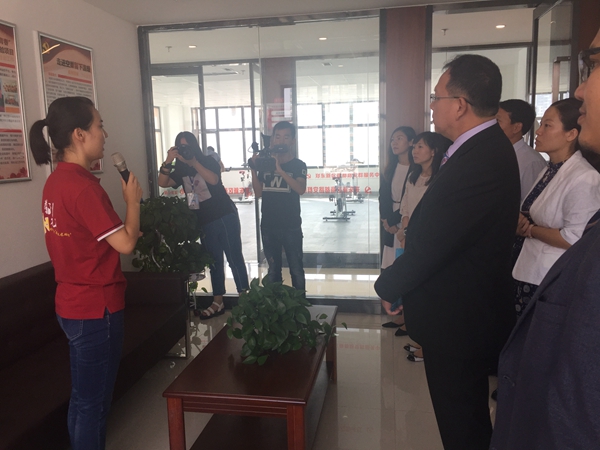 Following the opening ceremony, three scholars respectively delivered key speeches on the topics of Volunteer Service in China: from the Youth to the Society, the Effective Supply Mechanism of Volunteering Service and the Volunteer Culture and Volunteer Spirit, to elaborate on the volunteerism from the background, concept, development, cases sharing and analysis.

The Forum was comprised of four sub-forums entitled:1- Social Work and Community Development; 2-Volunteering Spirit Cultivation and Volunteers Team Building in Community; 3-Development of Professional Social Work and Volunteering Service; and 4-Youth Contribution for the Volunteer Services in Community. Each sub-forum composed of 30 ASEAN and Chinese students made very constructive and deep discussion on respective topic in a warm atmosphere.

After the sub-forum, to learn more about the development of community service in Zhengzhou, all the guests and students made a visit to the Zhengzhou Xinjiayuan Community Service Center, which is a non-profit organization for public welfare services, aimed to provide a variety of social support services in the community.

Meanwhile, a meeting on education cooperation between universities of Henan and the Embassies of Cambodia, Lao PDR, Malaysia and Viet Nam in Beijing was also held. The university representatives briefed on their universities and characteristic disciplines and proposed ways forward for cooperation. The two sides had fruitful discussions on the common interests and explored the potentials for further collaboration. 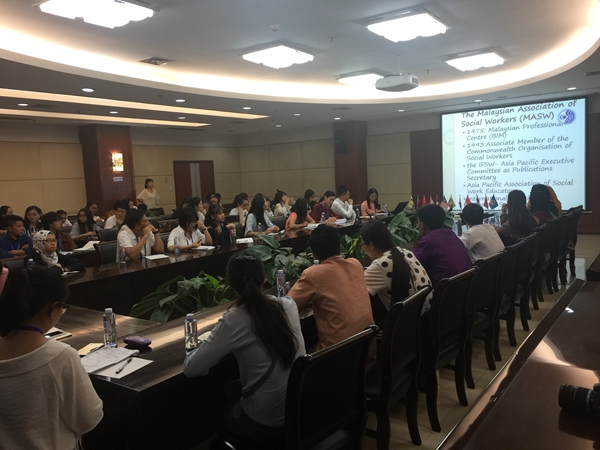 At the closing ceremony, each sub-forum made an impressive summary report. Ms. Kong Roatlomang, Director of Education, Culture and Tourism Division of ACC, Mr. Rong Xihai, Assistant Head of the EDHP, and Mr. Han Guohe, Vice President of ZZU, delivered closing remarks. Director Kong Roatlomang in her speech commended that the forum provided new perspectives and new directions to the shaping and strengthening of youth responsibility in volunteerism, the role of youth in social responsibility, ways forward to further promote mutual understanding, friendship and cooperation among the youth of ASEAN-China and in the world. It is expected that youth should capture new knowledge and turn into implementation so as to contribute to the development of volunteerism and help the community development for a better well being of society. Assistant Head Rong Xihai and Vice president Han Guohe stated that the convention of the 2nd ASEAN-China Youth Forum provided a good platform for youth communication and exchanges, and established a bridge between Henan and ASEAN countries. Henan and ZZU will further enhance the exchanges and cooperation with ASEAN countries, and make new contribution to the building of Belt and Road and the development of ASEAN-China relations.

The two-day Forum concluded successfully and received high praises from the scholars, participants. All participants agreed to work closely together to further promote the volunteer work for the benefits of all peoples and the society.