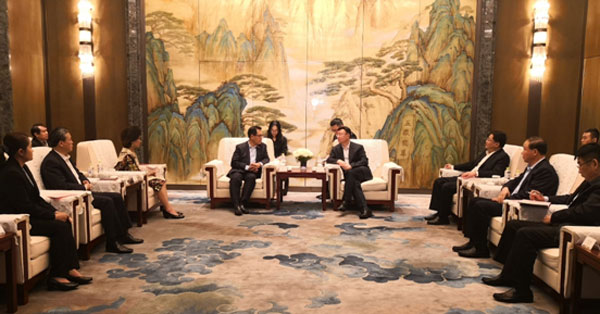 On 29 May 2021, Mr. Zhang Tao, Deputy Secretary of CPC Tai’an Municipal Committee and Mayor of Tai’an, met with diplomatic envoys of ASEAN Member States (AMS) in China and heads of international organizations attending the ASEAN-China (Shandong) SME Conference for Cooperation and Development (hereinafter referred to as “SME Conference”). Mr. Chen Dehai, Secretary-General of the ASEAN-China Centre (ACC) attended the meeting. 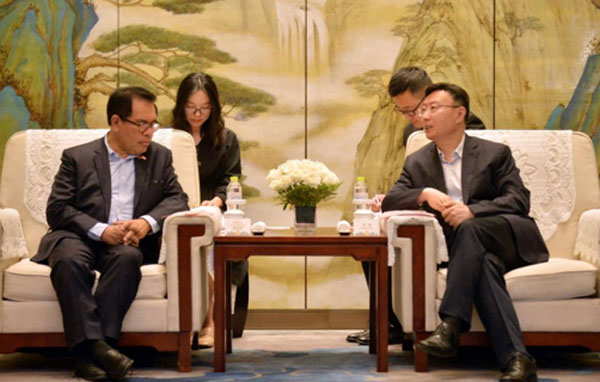 Mr. Zhang Tao said a Tai’an enterprise participated in the SME Conference and signed projects with an ASEAN counterpart. This represents the latest achievement of Tai’an’s efforts to optimize its layout of globalization and make full use of the favorable environment for cooperation overseas. With its advantages for development in location, transportation, natural environment, culture and industrial ecology, Tai’an will further improve its business environment, innovate the model of government service, and attract more ASEAN enterprises to invest in the city.

Mr. Djauhari Oratmangun, the Ambassador of Indonesia to China, delivered remarks on behalf of the AMS diplomats. He said most of the diplomats in the delegation, including himself, were visiting Tai’an for the first time. He looked forward to exploring more economic and trade cooperation and people-to-people exchanges between Tai’an and AMS. Minister counsellors of embassies of Malaysia and Thailand, commercial counsellors of embassies of Cambodia, Indonesia, Lao PDR, the Philippines, and Viet Nam, Mr. Sun Yebao, Deputy Director-General of the Foreign Affairs Office of Shandong Provincial People’s Government and other representatives of Tai’an municipal government attended the meeting.

During their stay in Tai’an, the AMS diplomats enjoyed the glorious natural beauty of Mount Tai and the profound Qilu Culture.