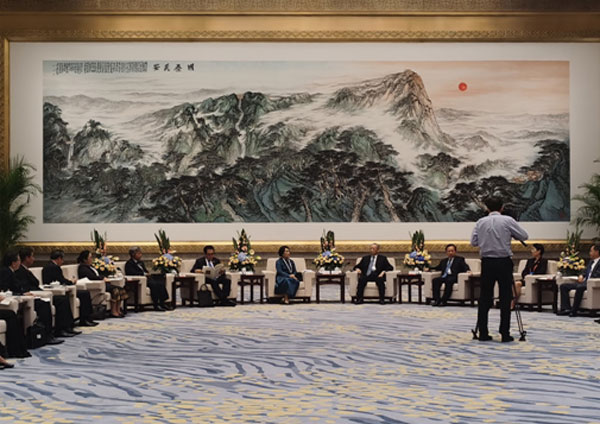 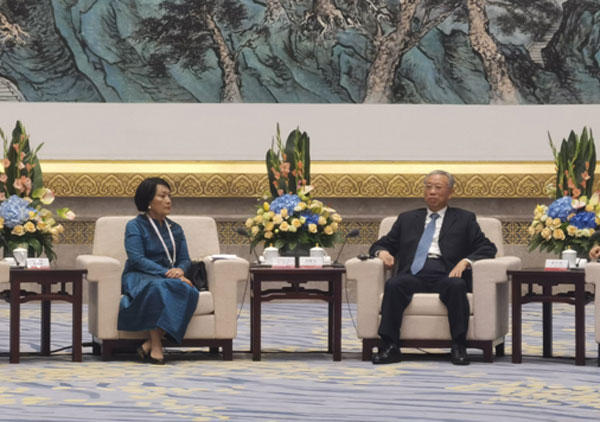 On behalf of the CPC Shandong Provincial Committee and Shandong provincial government, Secretary Liu Jiayi welcomed all the guests attending the SME Conference. He said Shandong is a province with a large population, glorious culture, strong economy and developed agriculture in China. At present, Shandong is building a new development pattern and strengthening cooperation with AMS for mutual benefits and win-win cooperation. Shandong is increasingly openingup to welcome friends from all over the world to invest in Shandong.

On behalf of the AMS diplomats attending the meeting, Mrs. Khek M. Caimealy, Head of the Delegation ofdiplomatic missions and Ambassador of Cambodiato China, appreciated ACC for the invitation to the SME Conference and Shandong Province for the warm hospitality . She said the signing of the Regional Comprehensive Economic Partnership (RCEP) will provide new opportunities to deepen practical cooperation between ASEAN and China. ASEAN supports China in promoting sustainable development, and is willing to work closely with China to jointly accelerate the achievement of the development goals including the Master Plan on ASEAN Connectivity 2025.

Mr. Djauhari Oratmangun, Ambassador of Indonesiato China, Mr. Raja Nushirwan Zainal Abidin, Ambassador of Malaysia to China, and Mrs. Khamphao Ernthavanh, Ambassador of Lao PDR to China introduced the key areas and outstanding achievements of cooperation of their respective countries with China, stressing that people-to-people exchangesconstitute an important basis for bilateral cooperation. They would like to take the opportunity of the SME Conference to deepen cooperation with China in various fields for mutual benefits and win-win results.

Secretary-General Chen Dehai said ACC will, as always, work with Shandong Province to promote good neighborlinessand practical cooperation between ASEAN and China, and serve as a bridge for Shandong's opening-up and cooperation with ASEAN.