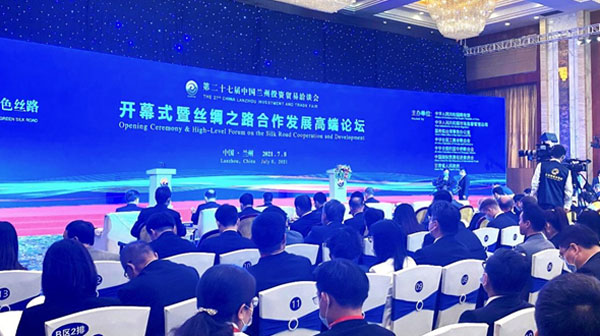 On 8 July 2021, the Opening Ceremony of the 27th China Lanzhou Investment and Trade Fair (hereinafter referred to as the Lanzhou Fair) and the High-Level Forum on the Silk Road Cooperation and Development was held in Lanzhou, Gansu Province. About 300 participants attended the opening ceremony, including officials from relevant Chinese ministries, provinces, autonomous regions and municipalities, officials from embassies and consulates in China of countries along the Belt and Road Initiative (BRI) routes, and representatives of international organizations and Chinese and foreign business circles. 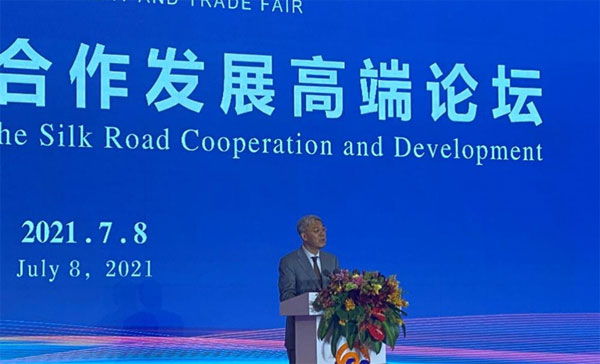 Mr. Yin Hong said Gansu Province is famous for the Silk Roads. With the in-depth advancement of co-building the Belt and Road in the new era, Gansu Province has embraced a historical opportunity to integrate into international cooperation and achieve its revitalization. Guided by the Silk Road spirit, Gansu is ready to take the Lanzhou Fair as a bridge and work with all parties to build the BRI into a road of prosperity, opening-up and innovation and a road connecting different civilizations. 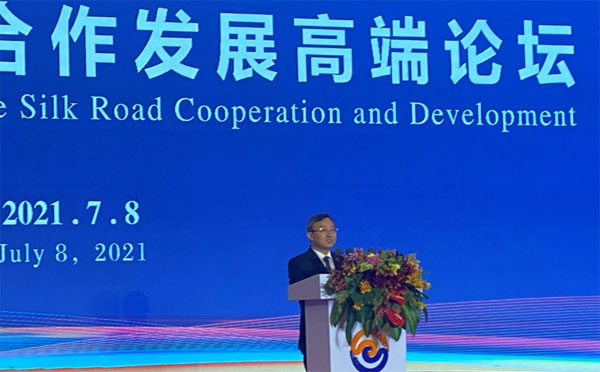 Mr. Wang Shouwen pointed out that Chinese President Xi Jinping emphasized during the ceremony marking the centenary of the CPC that reform and opening-up are the key to determining the future and destiny of China. China will implement a series of measures to continue to expand its opening-up and provide the world with new economic opportunities in the process of high-quality development of the BRI.

At the High-Level Forum on the Silk Road Cooperation and Development, Mr. Beatriz Argimón, Vice President of the Oriental Republic of Uruguay, and Bishnu Prassad Paudel, Deputy Prime Minister and Minister of Finance of Nepal, delivered video speeches on behalf of the two guest countries of honor. Diplomatic envoys to China, representatives from Chinese state-owned enterprises and well-known scholars delivered keynote speeches. All participants congratulated the opening of the Lanzhou Fair, appreciated China's achievements in opening-up, and expressed their willingness to further expand cooperation, deepen economic, trade and people-to-people exchanges, and jointly promote the building of the BRI to achieve win-win development.

With the theme of “Deepen Economic and Trade Cooperation, Co-build the Green Silk Road”, this year’s Lanzhou Fair was held both online and offline, focusing on the building of the BRI and the new dual circulations development pattern. It consisted of economic and trade activities including high-level forums, business matching, exhibitions and other activities to promote economic and trade exchanges and programme cooperation between countries and regions along the BRI routes and the central and western regions of China. 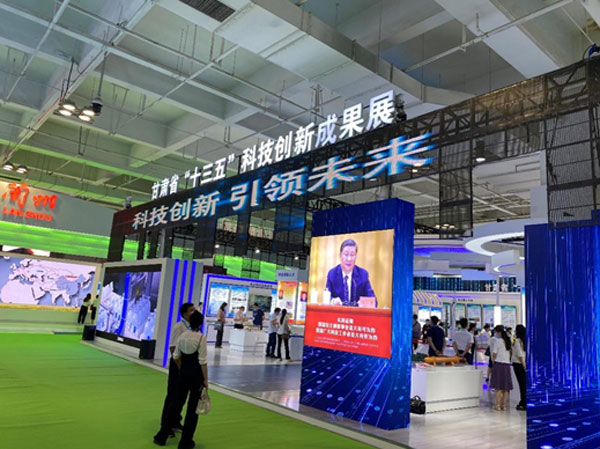