On 19 October 2021, Mr. Guo Chuanwei, Director of Trade and Investment Division (TID) of the ASEAN-China Centre (ACC) was invited to attend the Indonesia-China Business Forum 2021 in Beijing. Mr. Djauhari Oratmangun, Ambassador of Indonesia to China attended and addressed the forum. Mr. Luhut Binsar Pandjaitan, Coordinating Minister for Maritime Affairs and Investment of Indonesia, Mr. Perry Warjiyo, Governor of Bank Indonesia, and Mr. Mahendra Siregar, Vice Minister of Foreign Affairs of Indonesia delivered keynote speeches. Over 200 participants were present at the forum, including officials from the Embassy of Indonesia to China, representatives from relevant business organisations of both sides, enterprises and international organisations. More than one thousand people attended the forum online, including business organisations of both sides and enterprises representatives. 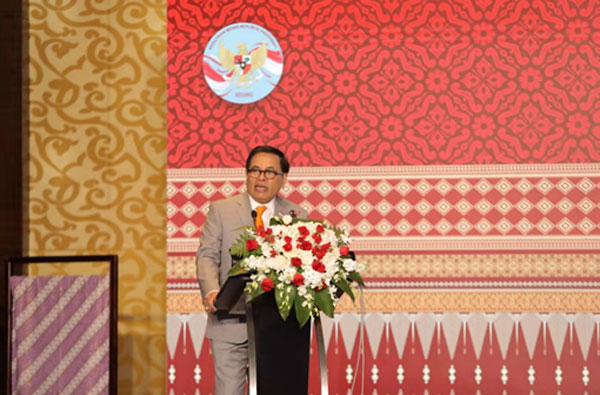 In his welcoming remarks, Mr. Djauhari Oratmangun expressed his appreciation that since the outbreak of COVID-19 Indonesian government has received a variety of assistance from China, including medical supplies and COVID-19 vaccines. China’s assistance played an important role for Indonesia to cope with the pandemic. To boost economic recovery, Indonesian government formulated an economic development plan in which present economic pattern based on carbon energy will be changed. Digital economy, e-commerce, tourism and maritime economy will work as new economic driving forces. Indonesia hopes to cooperate with China to achieve the goal of carbon emission reduction and create new economic growth points. 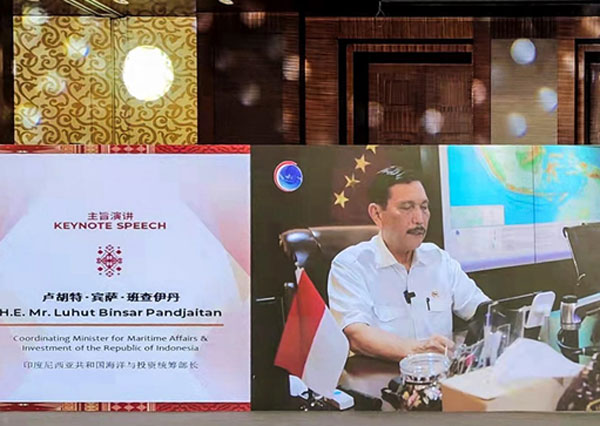 In his video speech, Mr. Luhut Binsar Pandjaitan said China is a strategic partner of Indonesia and the two countries have achieved remarkable outcomes in economic cooperation. As the second largest trade partner of Indonesia, China has made fruitful cooperation with Indonesia in infrastructure, such as, Jakarta-Bandung Railway. Upon the spread of COVID-19, Indonesia received generous assistance from the government and the people of China. Indonesia worked with Chinese enterprises to establish a centre for packing COVID-19 vaccines. To implement the economic growth plan, Indonesia will deepen the cooperation with China in areas including healthcare and digital economy. It is believed that the cooperation will have a promising future.

Themed “new road to business acceleration in digitalization, health and green economy in Indonesia”, the forum aimed to introduce new investment opportunities of Indonesia to further promote trade and investment cooperation between Indonesia and China.