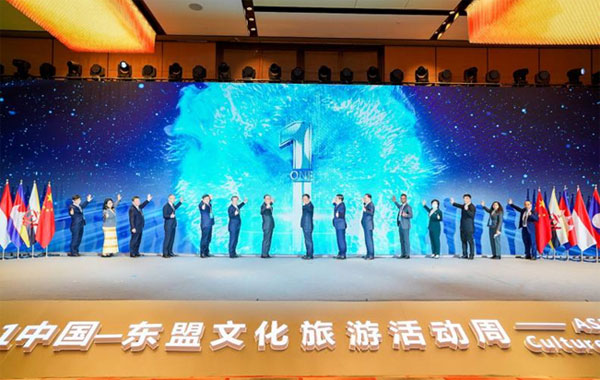 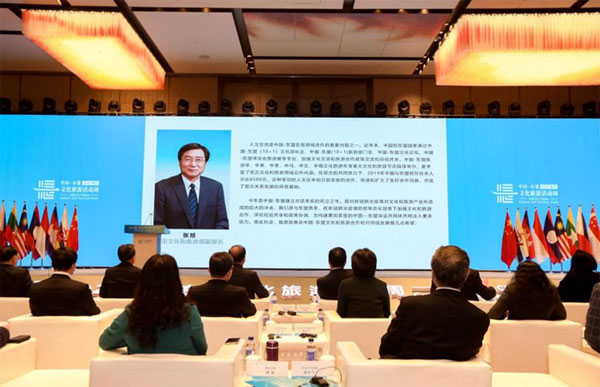 Mr. Zhang Xu stated in his remarks that 2021 marks the 30th anniversary of China-ASEAN dialogue relations. At the Summit commemorating these relations held recently, the leaders of China and ASEAN announced the establishment of the China-ASEAN Comprehensive Strategic Partnership. He hoped that under the background of the normalisation of the prevention and control of the COVID-19 pandemic, the two sides will unite and cooperate, learn from each other to jointly overcome the impact of the epidemic on the culture and tourism industries, and create the highlights of ASEAN-China cultural and tourism cooperation, in order to inject more momentum into building a closer China-ASEAN community of shared future. Mr. Arthayudh Srisamoot said that ASEAN and China share similar traditions and cultures. Cultural proximity has enabled ASEAN and China to establish a relationship of mutual trust and respect, and laid a solid foundation for today’s ASEAN-China friendly relations. China is the largest source of tourists for AMS as well as one of the favorite travel destinations of ASEAN tourists. He hoped that through this Culture and Tourism Week, the two sides will intensify exchanges and cooperation in the fields of culture and tourism, and contribute to the economic recovery in the post-pandemic era. 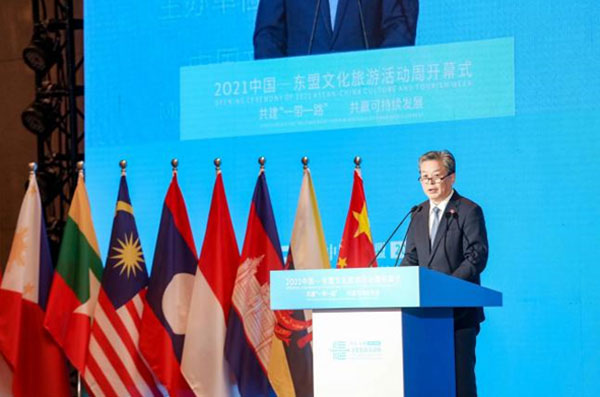 Mr. Chen Dehai emphasised that the Joint Statement issued at the Special Summit to Commemorate the 30th Anniversary of ASEAN-China Dialogue Relations pointed out that ASEAN and China should continue to promote exchanges and cooperation in the fields of culture, tourism, think tanks, media, and women, and to play the positive role of ACC over the past ten years in promoting socio-cultural and people-to-people exchanges between the two sides. ACC is ready to join hands with all parties to further deepen people-to-people exchanges and cooperation, bring hearts closer together, form one big family between the peoples, and contribute to the development of the ASEAN-China Comprehensive Strategic Partnership. 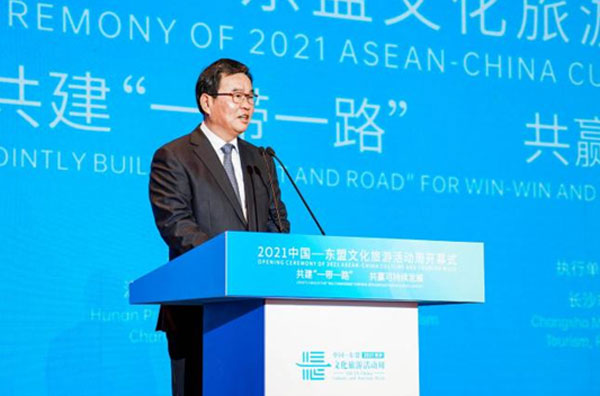 Mr. He Baoxiang introduced that in recent years, Hunan Province has been taking opportunities from the construction of the China-ASEAN community of shared future, continuously expanding and deepening exchanges and cooperation with ASEAN by focusing on the comprehensive implementation of the “Three Highs and Four New” strategic positioning and missions. ASEAN has become the largest trade partner of Hunan. Eleven cities in Hunan have established sister city relationship with AMS cities, and Hunan has opened international airlines with all the ten AMS. Hunan has also carried out a series of cultural and tourism cooperation and exchange activities in AMS under the theme of “Splendid Xiaoxiang” with plenty highlights and profound influences. 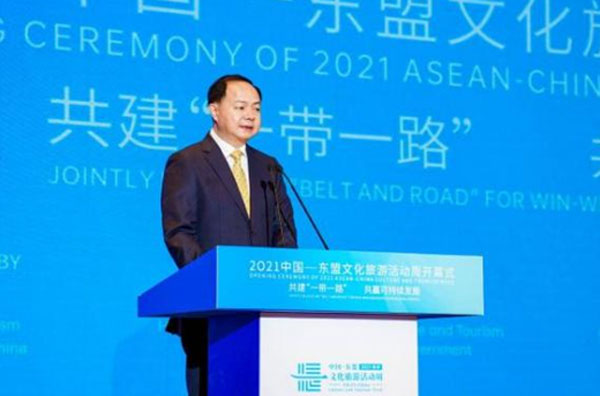 Mr. Zheng Jianxin said in his speech that Changsha will thoroughly implement the important speech by Chinese President Xi Jinping at the Special Summit to Commemorate the 30th Anniversary of ASEAN-China Dialogue Relations, cherish friendship and deepen cooperation through culture and tourism exchanges, and promote comprehensive strategic cooperation to provide a strong impetus for Changsha to build an international cultural creative centre and an international tourist centre, and to make Changsha’s contribution to building a closer China-ASEAN community with shared future.

After the opening ceremony, the ASEAN-China Dialogue on Sustainable Development of Culture and Tourism was held under the theme of “Post-pandemic Era, Culture and Tourism Promote Sustainable Development”. Mr. Shao Qiwei, Vice Chairman of the International Mountain Tourism Alliance, Mr. Chen Peng, Member of the Standing Committee and Director of the Publicity Department of the CPC Changsha Committee and Vice Mayor of Changsha, made a keynote speech. Mr. Thongsavanh Phyathep, DCM and Minister Counsellor of the Embassy of the Lao PDR in China, Ms. Zin Mar Htwe, DCM and Minister Counsellor of the Embassy of Myanmar in China, delivered remarks. At the High-end Dialogue session, experts, scholars and enterprise representatives in the fields of culture and tourism shared their experiences and thoughts on measures for reform and innovation in the context of tourism and urban development, the integration of tourism and culture, and dealing with crises brought by the normalisation of the prevention and control of COVID-19 pandemic. 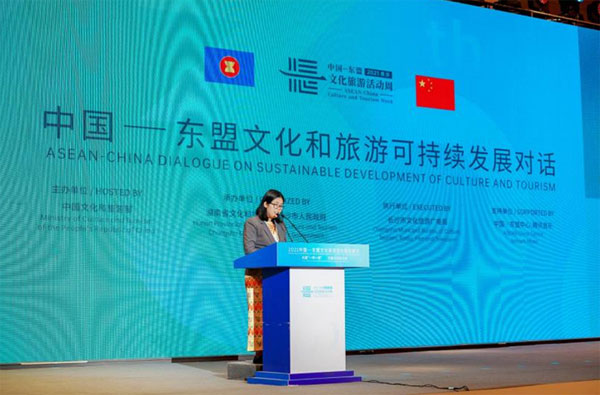 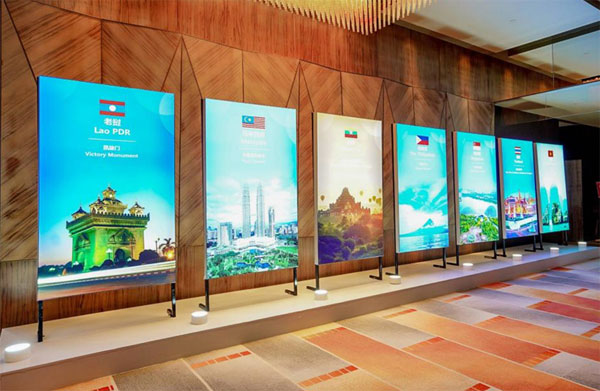 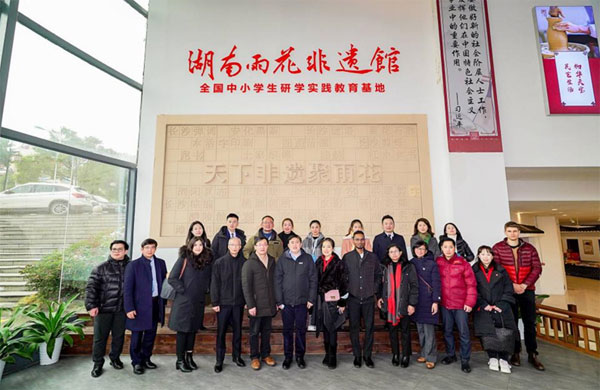