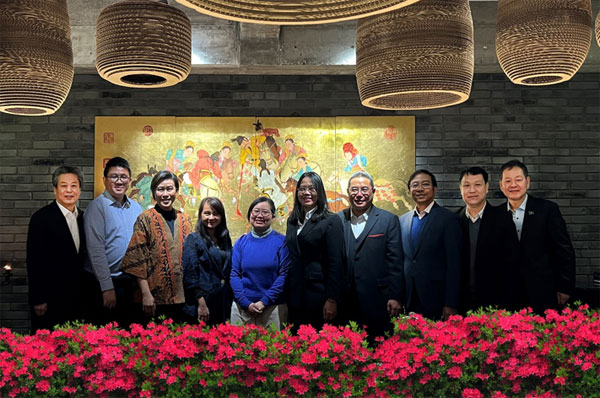 On 11 February 2022, Mr. Chen Dehai, Secretary-General of the ASEAN-China Centre (ACC), met in Beijing with senior officials for economic and commercial affairs of embassies of ASEAN Member States (AMS) in China.

Mr. Guo Chuanwei, Director of the Trade and Investment Division of ACC, attended the meeting.