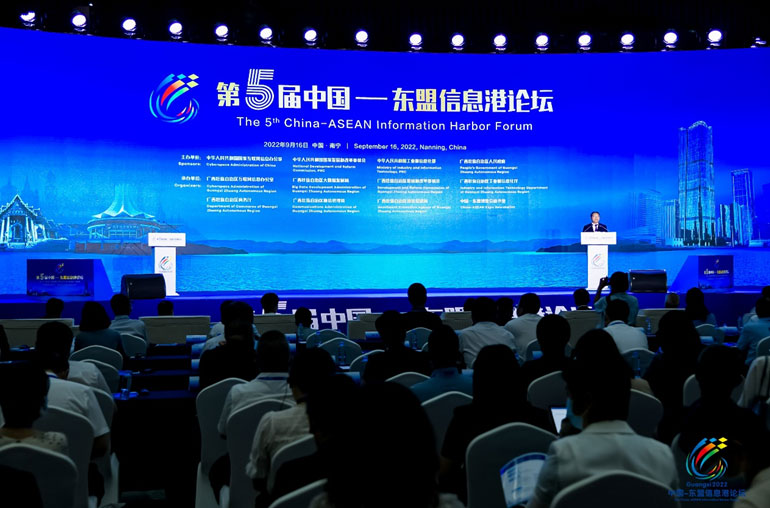 On the afternoon of 16 September 2022, the 5th China-ASEAN Information Harbor Forum was held in Nanning. Sun Dawei, Chairman of Guangxi Zhuang Autonomous Regional Committee of the Chinese People’s Political Consultative Conference (CPPCC), Cao Shumin, Vice Minister of the Cyberspace Administration of China, Zhang Yunming, Vice Minister of the Ministry of Industry and Information Technology of China, and heads of the information technology authorities of ASEAN Member States (AMS) such as Cambodia, Lao PDR, Myanmar and Thailand attended the forum and delivered speeches. Mr. Chen Dehai, Secretary-General of the ASEAN-China Centre (ACC), attended the Forum upon invitation. 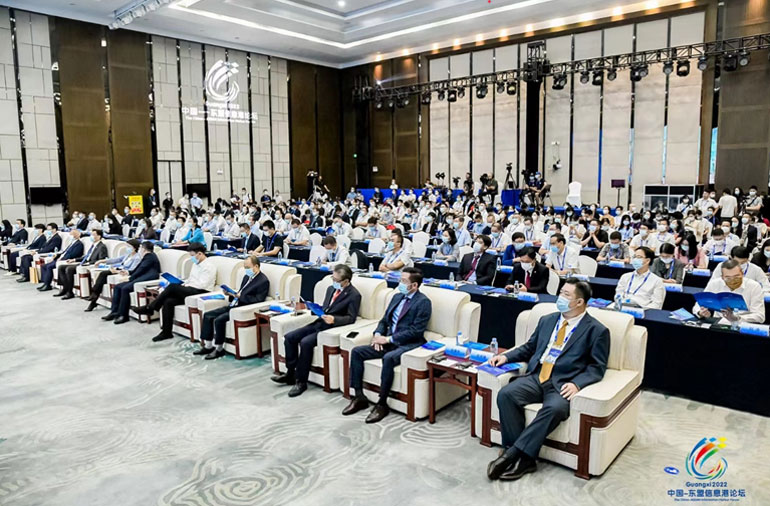 Under the theme of “To Build a Digital Silk Road, To Share a Digital Future”, the Forum was co-hosted by the Cyberspace Administration of China, the National Development and Reform Commission, the Ministry of Industry and Information Technology of China and the Government of Guangxi Zhuang Autonomous Region. ACC is one of its co-organisers. The Forum was attended by around 200 people, including heads of international organisations and relevant authorities of AMS and China, diplomatic envoys from the embassies of AMS in China and representatives of enterprises.

In addition, Secretary-General Chen Dehai also attended the opening ceremonies of the 19th China-ASEAN Expo and the China-ASEAN Business and Investment Summit on the morning of 16 September and the welcome dinner on the evening of 15 September.