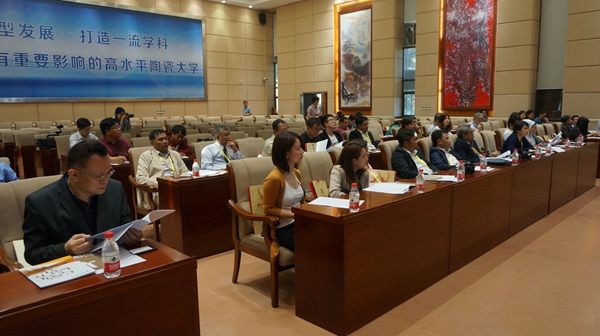 The China Ceramics Museum has a collection of over 30,000 ceramics dating back to the Neolithic Age, including 500 national treasures, representing the thousand-year history of ceramics in Jingdezhen.

At the Expo Area of Ancient Kiln and Folk Cultures, the journalists observed the opening of an ancient kiln, and the demonstration by a national intangible culture inheritor. They learned about the process of ceramic manufacturing and enjoyed the music played with ceramic instruments.

Jingdezhen Ceramics Company is Jiangxi’s industrial tourism demonstration site, and China’s high-end ceramics exporting base. The company holds 10 patents. Its products were showcased during the APEC 2014, the Athens and Beijing Olympic Games. They were also designated exclusive ceramics for the 60th anniversary of China’s National Day ceremony, and selected as the national gifts to the Presidents of the U.S.A.

At Jingdezhen Ceramic Institute, President Jiang Weihui met with the delegation and briefed that the institute, founded in 1910 is China’s only higher education institute on ceramics. The institute has cultivated over 60,000 ceramic professionals. It now accommodates 20,000 students, among whom 1,500 enrolled in master’s and doctor’s programmes. The institute has close and frequent exchanges with ASEAN countries. The Vietnamese students were among the first group of international students in the institute. In recent years, a number of ASEAN students have studied in the institute, as well as several visiting Malaysia and Singapore scholars participated to give lectures. Through holding such international events as the international symposium themed “Maritime Silk Road: Ceramic Road”, the institute continuously enhances its exchanges with universities in ASEAN countries. President Jiang expected to make more contributions to “China-ASEAN Jointly Building 21st Century Maritime Silk Road” through exchanges and cooperation in ceramics.

During the visits, ASEAN journalists exchanged views with related persons on the strong points of ceramics of Jingdezhen, and its technological innovations. The journalists learned about the development history of China’s Ceramics, and experienced the charm of China’s ceramic culture. 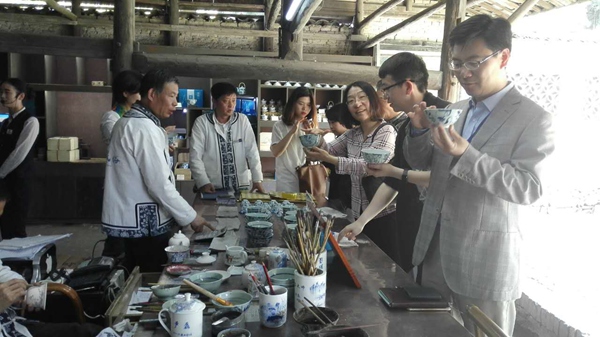