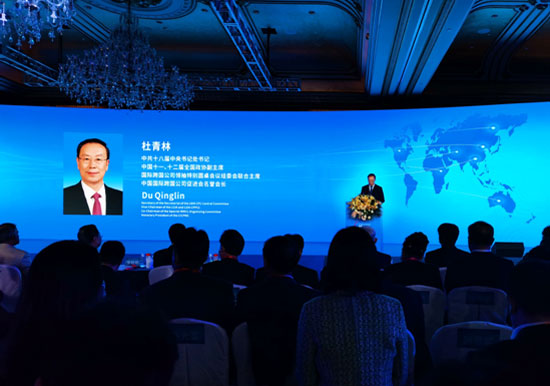 The meeting expressed that in the year of 2020, with COVID-19 ravaging all over the world, global public health was severely threatened and human beings went through unprecedented crises. The global epidemic prevention and control once again shows that the future of mankind and the interests of all countries are closely linked, and that the world is an indivisible community with a shared future. Openness and cooperation follow the trend of the times, and mutual benefits lie in the common aspiration. Seeking development in openness and achieving win-win results through cooperation is the only strategic choice for steady and long-term progress. Multinational corporations, as important hubs for global industrial chain, supply chain and value chain, should move reversely against the series of crises such as the pandemic, anti-globalization, trade protectionism and global economic recession, and contribute wisdom and strength to the global economic development through various ways.

The credit card “Global Village Card” was released at the opening ceremony.