From 6 to 13 September 2022, the 4th ASEAN-China Audio Video Communication Week was successfully held in Nanning, Guangxi Zhuang Autonomous Region. The event was co-host by the National Radio and Television Administration of China, the Ministry of Information of Cambodia and the Government of Guangxi Zhuang Autonomous Region, and supported by the ASEAN-China Centre, the Chinese Mission to ASEAN and the Publicity Department of CPC Guangxi Zhuang Autonomous Region Committee. Themed as “New Era, New Audio Video, New Opportunity, New Future”, the Audio Video Communication Week carried out a series of activities demonstrating the fruitful results of deepening audio and video cooperation between ASEAN Member States (AMS) and China, and actively explored and envisioned opportunities for future cooperation and development. The event achieved many results. The Opening Ceremony Gala of the Audio Video Communication Week was innovatively held in two separate venues, one in Cambodia and the other in China. ASEAN and Chinese audience could simultaneously witness the fruitful results of audio-visual cultural exchanges between each other. During the Audio Video Communication Week, the Study Route of the ASEAN-China Young Hosts Camp (Season 2) extended to AMS such as Cambodia for the first time. The Screening of ASEAN-China Excellent Audio-Visual Programs realised “two-way translation and broadcasting”, and was shown to the public for the first time. There were 49 excellent audio-visual works totaling 178 episodes, which were broadcasted on 61 mainstream media channels and new media platforms in 7 countries, including Cambodia, China, Indonesia, Lao PDR, Myanmar, Thailand and Viet Nam. The broadcasting activity has covered about 21.24 million overseas audiences and 124 million Chinese domestic audiences. 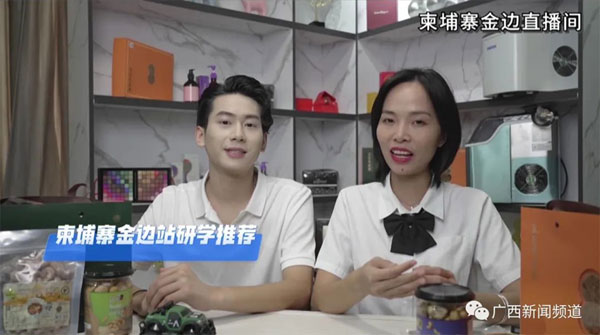