On 23 September 2022，the Meeting of the Establishment of RCEP Think Tank Network, hosted by the China Institute for Reform and Development (CIRD), was held online. H.E. Mr. Shi Zhongjun, Secretary-General of the ASEAN-China Centre (ACC), sent a congratulatory letter to the Network.

In his letter, Secretary-General Shi pointed out that RCEP, as a free trade area with the largest population, the largest economic and trade scale and the greatest development potential among all free trade areas in the world, marks an important milestone in the East Asia’s economic integration. Establishing the RCEP Think Tank Network will not only provide intellectual support for member countries to share the benefits, but also inject strong impetus into the economic recovery, development and prosperity in the region and even in the word. It is believed that the RCEP Think Tank Network will become an important platform for exchanges among think tanks and mutual learning of policies in the region, and inject new vitality into regional economic integration and further development of the ASEAN-China Comprehensive Strategic Partnership.

Mr. Chi Fulin, President of CIRD, Mr. Bert Hofman, Director of the East Asian Institute of the National University of Singapore, Ms. Ou Boqian, Secretary-General of the Trilateral Cooperation Secretariat and other experts and scholars from China, Cambodia, Malaysia, Lao PDR, Singapore, Viet Nam, Japan and the Republic of Korea as well as representatives of some international organisations attended the meeting. Ms. Wang Hongliu, Director of General Affairs and Coordination Division of ACC, attended the meeting online as a special guest. 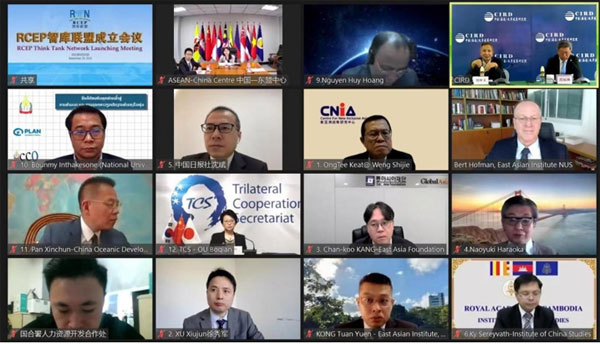 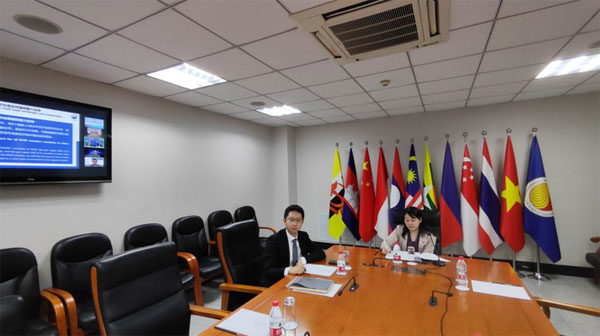