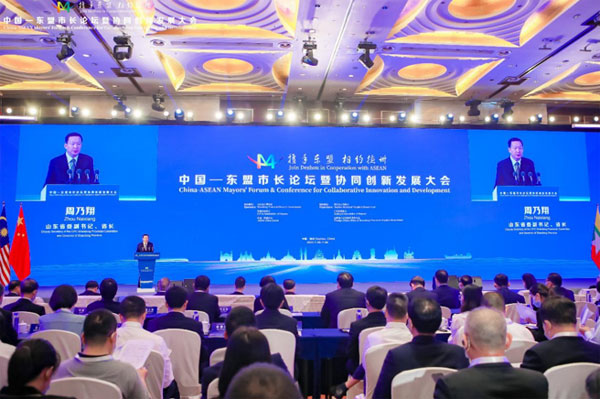 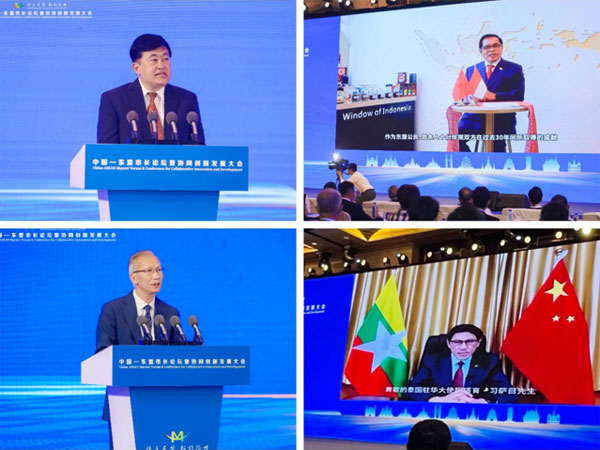 From 28 to 29 July 2022, co-hosted by Shandong Provincial Government, China Association of Mayors and the ASEAN-China Centre (ACC), the China-ASEAN Mayors’ Forum and Conference for Collaborative Innovation and Development was held in Dezhou, Shandong Province. At the opening ceremony held on the evening of 28 July, Mr. Dato Lim Jock Hoi, Secretary-General of ASEAN, delivered a written address. Mr. Zhou Naixiang, Deputy Secretary of the CPC Shandong Provincial Committee and Governor of Shandong Province, Mr. Arthayudh Srisamoot, Ambassador of Thailand to China, Mr. Djauhari Oratmangun, Ambassador of Indonesia to China, Mr. U Myo Thant Pe, Ambassador of Myanmar to China, Mr. Chen Dehai, Secretary-General of ACC, and Mr. Thongsavanh Phyathep, Deputy Chief of Mission and Minister Counselor of the Lao Embassy in China, delivered speeches online or offline. Mr. Tian Weidong, Secretary of the CPC Dezhou Municipal Committee, made an introduction on the development of Dezhou. 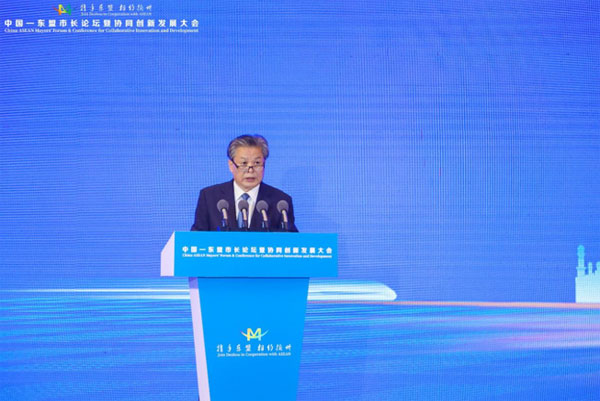 Secretary-General Chen Dehai said in his speech that since the establishment of dialogue relations between ASEAN and China 31 years ago, ASEAN-China cooperation has achieved  leapfrog development. The two sides have established a comprehensive strategic partnership, setting a good example of good neighborliness and friendship, and creating the most dynamic model of regional cooperation with great potential. In recent years, friendly exchanges between ASEAN and Shandong Province have been strengthened with deepened pragmatic cooperation. It is hoped that the forum will become a new platform for friendly exchanges and cooperation between Shandong Province and ASEAN Member States (AMS). ACC will continue to give full play to its role as a bridge to actively support, promote and participate in cooperation and exchanges between AMS and Shandong Province in various fields. It will make unremitting efforts to promote local cooperation between AMS and China and contribute to the building of a closer ASEAN-China Comprehensive Strategic Partnership. 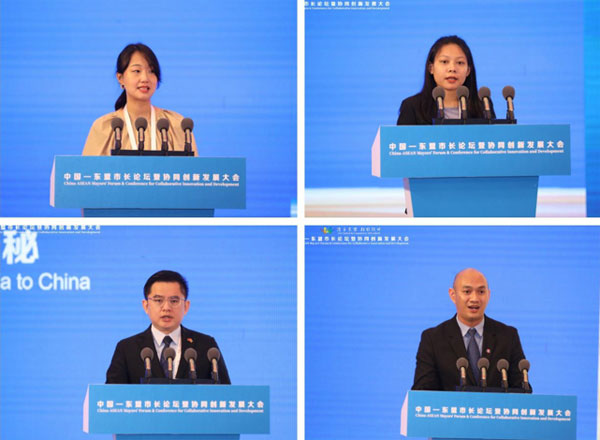 During the presentation session, Ms. Natsupang Poshyananda, Deputy Consul-General of Thailand in Qingdao, and representatives of the Embassies of Myanmar, Malaysia and Lao PDR in China introduced the investment policies and business environment of the respective AMS. Signing and unveiling ceremonies were held at the conference, and the Dezhou Consensus of China-ASEAN Mayors’ Forum was released. 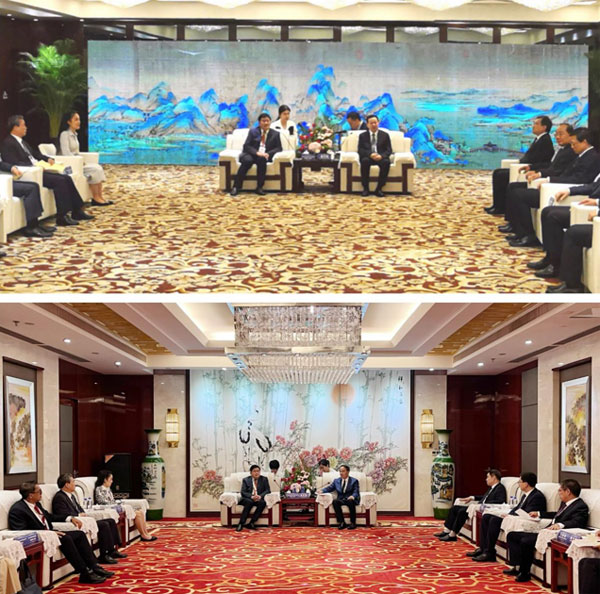 During the forum, Secretary-General Chen Dehai attended the meeting of Mr. Zhou Naixiang, Deputy Secretary of the CPC Shandong Provincial Committee and Governor of Shandong Province, with AMS diplomatic envoys, as well as the meeting of Mr. Zhu Kaiguo, Deputy Secretary of the CPC Dezhou Municipal Committee and Mayor of Dezhou City, with Mr. Arthayudh Srisamoot, Ambassador of Thailand to China. Both sides exchanged views on deepening exchanges and cooperation in various fields between AMS and Shandong Province as well as Dezhou City.